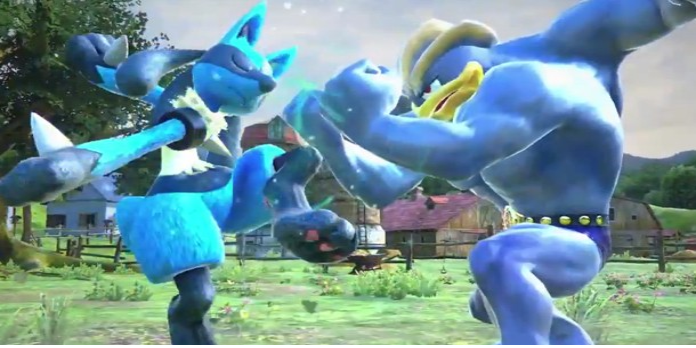 According to a leaker organization, a Pokken Tournament 2 revelation could happen this year, bringing a sequel to the Pokémon fighter game to the Nintendo Switch.

Tekken is a legendary Japanese fighting game series that helped pioneer 3D fighting after Virtua Fighter introduced the concept in 1994. The tournament fighter has found huge success within the crowded genre, with two of its games being considered some of the greatest games of all time. Pokkén Tournament DX, a Tekken spinoff game, had significant popularity within a year of its Nintendo Switch release, selling over 1.16 million copies by April 2018. The Nintendo port of Pokkén Tournament received exclusive DLC characters such as Ghost/Steel Pokémon Aegislash, Mega Rayquaza, and Mimikyu. Blastoise was added to the lineup and a support set that includes Mythical Pokémon Mew and Celebi in the second wave of DLC.

Pokkén Tournament 2 could be revealed this year, according to noted leaker organization LeakyPanda on Twitter (via ComicBook), seven years after its predecessor’s release. Rogue Squadron IV, a new Mario Kart, and Ninja Gaiden, among other games, could be revealed in 2022, according to LeakyPanda’s Twitter tweet. Pokkén Tournament 2, a Nintendo Switch exclusive, was included in that list, though no specific reveal or release date has been confirmed. Though Bandai Namco, The Pokémon Company, and Nintendo have all been mute about a prospective Pokkén Tournament sequel, LeakyPanda believes the Pokémon fighting game is currently in development.

*NEW* Games expected to be revealed this year? Heard of:

Katsuhiro Harada, a producer for Bandai Namco who worked on the Tekken and Pokkén Tournament franchises, has expressed his enthusiasm for the franchise and desire to make a sequel. Last year, when asked on Twitter if Pokkén Tournament was a one-time-only project, Harada stated that he would like to return to the franchise. However, he later clarified that it is up to The Pokémon Company and Nintendo to decide. However, he stated that all three organizations had a positive working relationship. This appears to be corroborated by Bandai Namco’s development of Pokémon Snap, a first-person photography game.

Also See:  How to: Fix the Sims 4 Stuttering Issues on Windows 10

This one, like other leaks, should be regarded with a grain of salt. The Pokkén Tournament sequel has yet to be confirmed by any of the three associated firms, but that doesn’t rule it out. Given the success of Pokkén Tournament DX on the Nintendo Switch, a sequel appears to be a certain conclusion. It’s unclear whether this indicates a Pokkén Tournament 2 unveiling will happen in 2022.