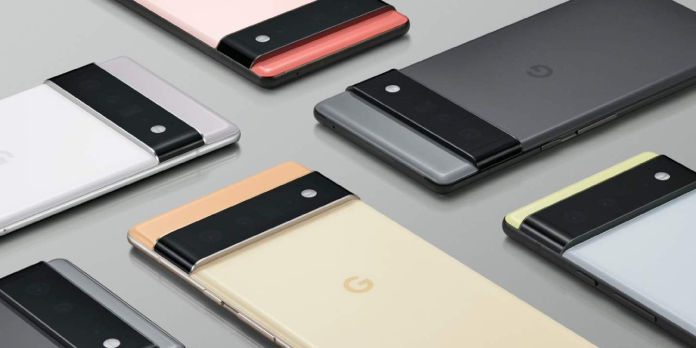 Google has confirmed that the new Pixel 6 will be released on October 19, setting a date for what could be the most eagerly anticipated event for Android fans this year. The Pixel 6 and Pixel 6 Pro will be on display at the event, which will begin at 10 a.m. PT (1 p.m. ET).

The chipset inside the two phones is arguably the most significant development. The Google Tensor SoC sees the company follow in the footsteps of Apple and others by creating its chip that is tailored to the Pixel 6’s needs. Google explained at the time, “The highlight of Tensor is that it can process Google’s most powerful AI and ML models directly on Pixel 6.” “The camera, speech recognition, and many other Pixel 6 features will all be transformed.”

In terms of the camera, as with previous Pixel handsets, there’s a strong emphasis on photography performance in general and computational photography in particular. A phone-spanning bar running horizontally across the back of the Pixel 6 will house two cameras, a regular and an ultra-wide sensor. Meanwhile, the Pixel 6 Pro will include a telephoto lens with 4x optical zoom.

Unsurprisingly, Android 12 will be the default operating system. The update was released to AOSP earlier this week, warning that existing Pixel owners should expect it in the coming weeks.

Even though we know the highlights, there’s still a lot for Google to confirm. According to leaks from August, the Pixel 6 will include features such as an in-display fingerprint reader and wired fast charging. However, it was mentioned that the latter would necessitate purchasing a 33W fast charger separately.

Pricing will also receive a lot of attention. Google’s most recent Pixel phones have been priced aggressively, undercutting flagships from rivals such as Apple and Samsung. It remains to be seen whether it can do the same this time around for 2021’s devices, with a homegrown chip design and camera upgrades. On October 19, 2021, we’ll have more information.

How to: Reset & Restore your Apple iPhone X