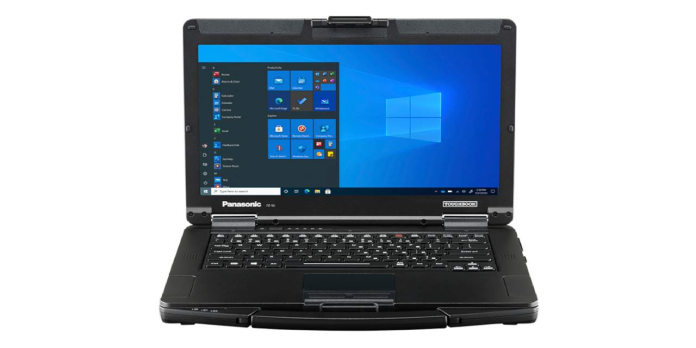 Most of the laptops we cover here revolve around models designed for the buyer market, whether casual computer users, gamers, or anything in between. Those, of course, aren’t the sole ones that require portable computers, and people who add industrial areas or field operations aren’t well-served by this class of notebooks. Panasonic’s TOUGHBOOK line has long catered to its market, and therefore the latest Toughbook 55 MK2 brings the favored rugged laptop up to spec.

Panasonic launched the Toughbook FZ-55 back in 2019; the rugged laptop won the hearts of many companies and reviewers. Its modular xPAK system was one among its key selling points, allowing the straightforward replacement or addition of storage devices, input peripherals, and more. By this point, however, those 2019 specs look a touch aged, and this “Mark 2” model brings a well-deserved upgrade to the portable computing tank.

The biggest upgrade is the jump from 8th-gen Intel processors to the present 11th-gen Core i5 and i7 chips. Thereupon generation comes the choice to incorporate Intel Iris Xe graphics, noted for significant improvements in graphics performance. RAM options have also doubled in capacity and speed with 16-64GB of memory.

Also See:  How to Watch Iptv Australia Channels From Anywhere?

Panasonic is additionally upgrading the connectivity options across the board, starting with Wi-Fi 6 and Bluetooth 5.1. In addition, there’s a replacement Thunderbolt 4 for both fast data transfers and charging the laptop. Last but not least, Panasonic boasts that it’s the primary laptop to supply dual SIM support with one physical SIM slot and eSIM compatibility.

The Panasonic Toughbook 55 MK2 still retains a number of the traits of its predecessor, just like the 14-inch FHD screen, IP53, and MIL-STD-810H certification, and, of course,,, the modular expansion system. Panasonic hasn’t confirmed availability details yet, but the rugged laptop could start at $2,000, a bit like the first Toughbook 55.