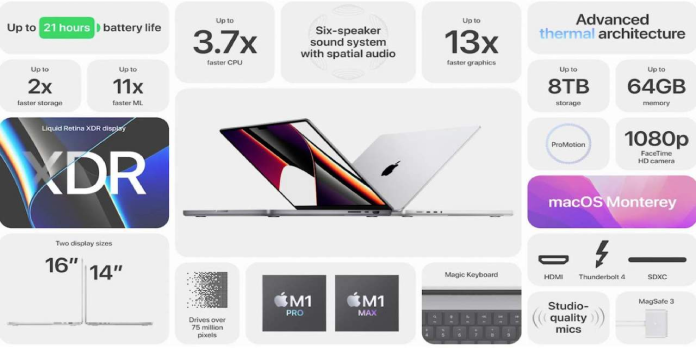 Last week’s “Unleashed” event by Apple was a surprise. In addition to delivering on the anticipated enhancements and changes that had MacBook Pro users happy, the company debuted a new screen design that has everyone talking like notches are back in style. Those factors may have enticed purchasers to purchase a new MacBook Pro early, but even the earliest birds may not receive their worm until November or, worse, December.

Many things are going on for the 2021 MacBook Pro, so it’s no wonder that there will be many people interested in it. It not only brought back what fans had been asking for, such as the reintroduction of previous port selections and the removal of the Touch Bar, but it also added a few new elements to the mix. Aside from the new Apple M1 Pro and M1 Max Silicon also included a notch to provide consumers a little extra screen for real estate.

Unfortunately, Apple might not be able to meet that demand. The mobile and computing industries continue to experience component supply bottlenecks, which may not improve for another year or two. So while things have been relatively calm in recent months, it appears that reality is catching up with Apple as well.

According to AppleInsider, shipping dates for all MacBook Pro models, even those bought as early as October 18, have been pushed back. For example, those who pre-ordered the 14-inch MacBook Pro in its default configuration have received arrival dates ranging from November 16 to November 23. The standard 16-inch MacBook Pro, on the other hand, is expected to ship between November 23 and December 1.

Customized configurations, on the other hand, are in worse shape, with the latest dates slipping to December 16. Moreover, the shift in shipment dates appears to affect all markets, not just the United States, confirming that it results from a global semiconductor problem. Unfortunately, it couldn’t have come at a worse time, as many sectors gear up for the yearly shopping season, which begins next month.