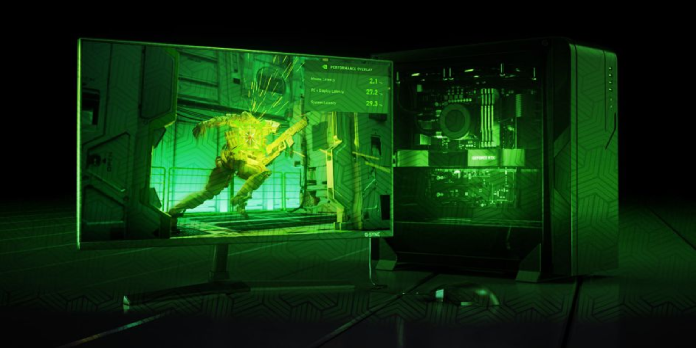 DLDSR, a new graphics scaling technology from Nvidia, will make PC games seem better than ever on ordinary monitors, and it will work with all titles. New technology is thrilling, but when compatibility constraints limit use to only a few of the most recent titles, it may be a disappointing reality. Another difficulty that arises frequently is the need to update numerous gaming system components to reap the benefits. Nvidia’s DLDSR appears to offer a solution to both of these issues, and it will be available soon.

Also See:  Wot Packet Loss: What Is It and How to Fix It?

Nvidia is the most popular GPU maker, and its ray-tracing technique has been unrivalled for many years. However, AMD’s recent advancements have narrowed the gap, and AMD’s current Radeon RX-6000 series graphics cards match favourably to Nvidia’s newest GeForce RTX 30-series graphics cards. Beyond raw power, both firms have been perfecting their software solutions, and super-resolution scaling has recently been a big priority for AMD, with FidelityFX and Radeon Super Resolution matching Nvidia’s DLSS.

DLDSR (Deep Learning Dynamic Super Resolution) is a new sort of super-resolution scaling technology from Nvidia that works with a wider range of games and devices than the similarly titled DLSS (Deep Learning Super Sampling). Unlike DLSS, which requires game creators to write code specifically for this graphics method, the new DLDSR is applied to all games automatically. Another significant distinction is that DLDSR is a downscaling technology, whereas DLSS is an upscaling one. It’s handy when the gaming system has more processing power than is required for gaming at the native resolution of the attached monitor. Nvidia used the example of a gaming system with a 1080p monitor that gets 145 FPS (frames per second) while playing Prey at 1080p, and DLDSR can give 143 FPS with a downscaled resolution that is perceptually equal to 4K quality. The end result is a considerably cleaner image that moves at a similar speed.

How DLDSR Downscaling by Nvidia Works

Downscaling means that the computer and GPU execute visuals at a 4K resolution, while the monitor outputs at a standard 1080p resolution. While a 1080p monitor will never be as sharp as a 4K panel, this downsampling technique improves image quality by smoothing edges, minimizing shimmering, and adding detail. DSR is already available on Nvidia GPUs; however it often results in a significant performance impact. For example, when playing Prey with DSR, the frame rate decreases to 108 FPS in the sample above. While still enjoyable to play, it is significantly slower than the newer DLDSR’s 143 frames per second.

When connected to a 4K monitor but using a computer system that can’t handle 4K graphics quickly enough, DLSS upscales from a lower resolution to a higher resolution, which is useful. DLDSR is for the situation when the computer is powerful, but the attached display is low-resolution. According to Nvidia, the upgrade will be released on January 14, 2022. Installing the latest driver, opening the NVIDIA Control Panel, and selecting DLDSR under Manage 3D Settings and DSR Factors are all that is required to enable DLDSR. This should result in immediate frame rate improvements in any game, which is a fantastic New Year’s gift from Nvidia.