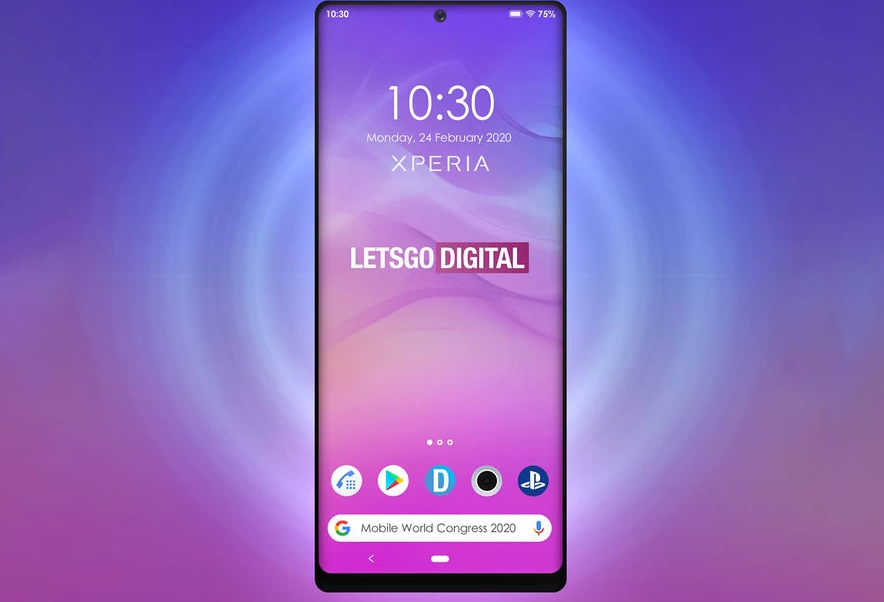 We’re coming to the end of the 12 months so, for mobile phone producers, it’s all eyes on Mobile World Congress in early 2020.

MWC historically plays host to several smartphone launches, now not least Sony’s flagship devices. The Xperia range is regularly strengthened very much each February and it looks like the same might be true early subsequent 12 months.

A new flagship Sony Xperia handset (which some have dubbed Xperia 2) is anticipated on the display working from 24 February 2020, and a filed patent discovery suggests the company will smash from tradition and finally ditch the digital camera strap on the top of the show.

Instead, Sony will drift and adopt a punch-hole digicam. The show shall be 21:9 again, similar to the one at the current Xperia 1, however, it’ll range to the highest edge, with a small front-facing cam in the center.

The patent, at first filed in Japan in March and found by LetsGoDigital, is for a new graphical interface. However, the illustrations clearly display a punch-hole digital camera as a part of the screen.

The Dutch site also created a couple of illustrative pictures of its own, to give an idea of the way the phone will glance in keeping with the patent diagrams. It also proposes that the UI detailed in a record may allow for a separate button display screen, equivalent to a menu when enjoying games via the PlayStation Remote app.

This would make just the right use of the 21:9 show, although the video is being played in a 16:9 aspect ratio.

We’ll no doubt in finding out extra in the coming weeks and months, but we indubitably would not be surprised through Sony following the pack and switching to a punch-hole digicam. It’s all about that screen real estate in this day and age.