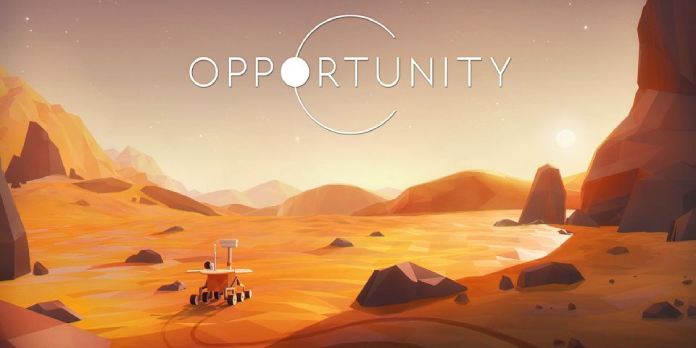 Opportunity (commonly known as “Oppy”), NASA’s Mars rover, is receiving its own video game, according to publisher Shiro Unlimited and developer DIMANCHE CORP.

DIMANCHE CORP. and Shiro Unlimited have teamed up to deliver Opportunity, a new video game, to PC consumers in 2022 via Steam. The game will be a narrative adventure game based on NASA’s Opportunity Mars rover, a robotic explorer active on the planet from 2004 to mid-2018. In the burgeoning space exploration genre, the game joins the likes of other titles.

On July 7, 2003, NASA’s famed Mars rover Opportunity was launched on a journey to the barren planet searching for water and evidence of life. On January 25, 2004, it landed on Mars. Its trip was supposed to last 90 days, but it ended up being a 15-year mission. Opportunity died in a worldwide dust storm that swept across Mars in June 2018, covering the solar panels that kept the spacecraft’s battery alive. “My battery is low, and it’s going dark,” it famously said towards the end.

According to a recent press release, players will be able to take charge of NASA’s Opportunity and start on its final voyage across Mars across a range of beautiful 3D landscapes sometime in 2022. The game is described on Shiro Unlimited’s website as Opportunity’s voyage after it lost touch with Earth in 2018, with the robot marooned but still functioning independently. On the other hand, Opportunity must “recover diverse skill modules on the remains of its predecessors, who are now (nearly) all out of service” to survive the planet’s severe environment. Furthermore, DIMANCHE CORP. “Want to convey the wonder of visiting a strange world and retell the true missions of this famous rover through its own eyes, metaphorically of course,” according to reports.

Opportunity will “feature an organic music soundtrack, with heavy acoustic guitar components, so players may feel involved when exploring with the rover’s scientific investigation,” according to the game’s website. Many games, especially exploration titles, benefit from accompanying music, as does the newly launched indie exploration title Sable, which leans heavily on its Michelle-Zauner-composed ambient soundtrack to provide an immersive gaming experience without needing combat-based gameplay.

Because it allows people to think beyond what happened to Opportunity during the aftermath of the sandstorm, Opportunity may provide some closure to those who mourned the iconic Mars Rover. Beyond the game’s informative portrayal of the very real robotic explorer, Opportunity appears to be a strong addition to a genre of video games centred on atmosphere and exploring unknown territory.

Squid Game’s Guards Become Among Us Impostors In 3D Crossover