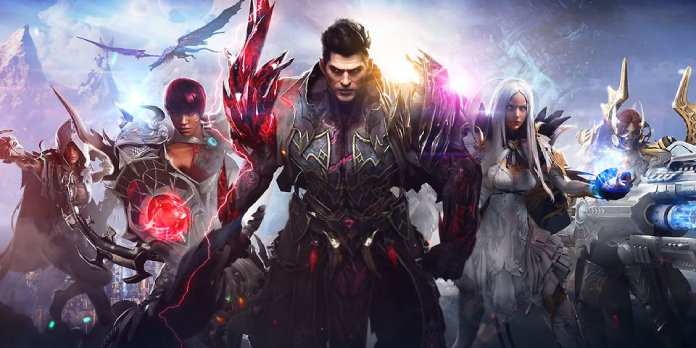 From November 4 to 11, the Korean MMO Lost Ark, developed by Smilegate and published by Amazon Games in the West, will have a week-long closed beta period.

For a week, the closed beta of the Korean MMO Lost Ark will be open to western gamers. The free-to-play MMO-ARPG Lost Ark was supposed to be released in the west this fall, but it was pushed back to early 2022. The delay in the release of Lost Ark is said to give Korean developer Smilegate and western publisher Amazon Games more time to alter the game based on data and input gathered during the private alpha test in June and bring the localization up to par with the Korean version.

With its isometric camera viewpoint and action RPG components, Lost Ark is similar to titles like Diablo 4, which Blizzard has delayed yet again. Still, the popular game from Korea also has some MMO-specific traits that distinguish it from the classic action RPG series. To begin with, Lost Ark offers a far larger selection of classes for players to pick from. In Lost Ark, there are 20 classes, with 5 main classes and 15 subclasses. In addition, the game also has a Tripod Skill System, which lets players build their character’s talents based on their playstyle, allowing for a lot of customization.

The official Lost Ark YouTube account (via PC Gamer) released a new gameplay trailer to promote the week-long Lost Ark closed beta. To participate in the closed beta, which will take place from November 4 to 11, 2021, players must acquire one of the Lost Ark founder’s packs from Amazon or Steam. There are four distinct packs available right now, ranging from Bronze to Platinum, with prices ranging from $14.99 to $99.99 for the Platinum founder’s pack. Each one comes with its own set of goodies, such as pets, horses, gear, and even a three-day head start on the release of Raiders of the Lost Ark early next year.

Those who want to participate in the closed beta but cannot acquire one of the founder’s packs can join up as testers. While signing up is simple, testers are chosen at random, so not everyone will play the game before it opens. People can also try to get into the closed beta via Twitch Drops and key giveaways from the game’s affiliated content creators.

Also See:  LinkedIn talks about the future of Stories and Video

Smilegate and Amazon Games’ decision to not only postpone Lost Ark until next year, but also to organise another closed beta for the game, is probably for the best. They’ll be able to collect more data and feedback during the new testing session, which will take place just before the game’s planned release. While the closed beta test period is brief, the studios will need time to analyse the data and feedback received and adapt what they’ve learnt to the game. With Amazon Games’ New World still plagued by problems, additional time to better introduce Lost Ark to the west will almost certainly be beneficial.

The PC version of Raiders of the Lost Ark will be released in early 2022.

Rust Packet Loss: What Is It and How to Fix It?