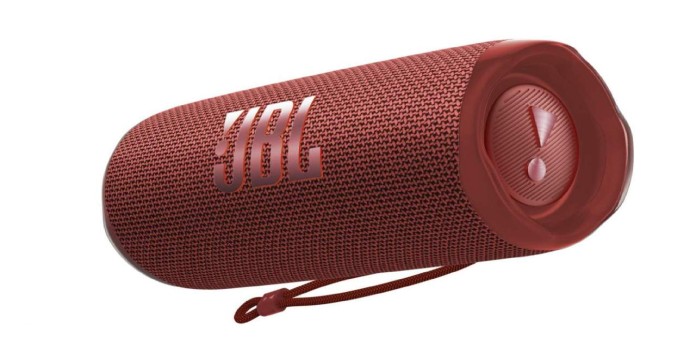 JBL has unveiled a replacement version of its popular portable Bluetooth speaker, with the new JBL Flip 6 promising better audio quality without compromising on the rugged build. Successor to the Flip 5, the new model adds to the go-anywhere promise with an upgrade from IPX7 waterproofing to total IP67 dust and water resistance.

That means not only are you able to dunk the Flip 6 within the pool (or inadvertently knock it into the sink) but take it to the beach without fear about sand and grit. There’s a redesigned logo on the front, too, so people know you purchased the new model.

Inside, though, is where the most significant changes are made. First, there’s a replacement audio configuration, JBL says, with dual passive radiators and an unusually shaped woofer. Then, a separate tweeter rounds things out for what the corporate claims is more power overall alongside greater depth than the previous model.

That’s paired with a Bluetooth upgrade, with the Flip 6 getting Bluetooth 5.1 compared to the Flip 5’s Bluetooth 4.2. However, there’s still support for JBL PartyBoost, so that two Flip 6 are often wirelessly linked together for stereo use, or an entire group connected to play an equivalent source for more room- or garden-filling sound.

Battery life remains at 12 hours, and therefore the convenience features also are carried over. There are simple controls on one end-cap, alongside a helpful carrying strap which will be wont to tether the Flip 6 to a backpack, hang it from a door handle or other hook, or make it easier to hold around.