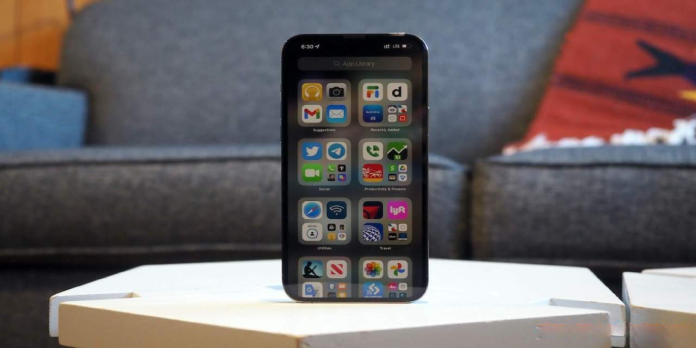 Although some criticize the iPhone 13 for having too few noteworthy upgrades, there are some notable improvements within the iPhone 13 Pro. Therefore, the iPhone 13 Pro Max. One of the foremost significant is the ProMotion display that finally catches up to what Android phones have been doing since last year. Unfortunately, there has been some confusion about this 120Hz feature, and it’ll require developers to place in some extra work to require advantage of the smoother animations.

Faster display refresh rates are no longer just fancy features lately, and that they aren’t only for gaming either. Even something as fast as a 90Hz refresh rate can improve the user experience with smoother animations and seemingly more responsive user interfaces. On Android smartphones, the feature doesn’t seem to need developers to regulate their apps for users to enjoy 90Hz or 120Hz.

That isn’t the case for one specific scenario on the new iPhone 13 Pro and iPhone 13 Pro Max. The 120Hz ProMotion display has improved the scrolling experience, consistent with some users; on the other hand, things get janky compared to other parts of the UI. Especially, animations inside apps, like when menus appear and disappear, seem to be still running at 60Hz rather than 120Hz, leading to inconsistent experiences.

Am I correct in seeing that UIView.animateWithDuration APIs aren't clocked at 120Hz on iPhone 13? On UIScrollView, system ones, and Metal by the looks of it, rest is still 60Hz? pic.twitter.com/t3MeM9cj0E

It seems that this is often exactly intentionally, and Apple wants developers to explicitly indicate that they need their apps to require advantage of all the refresh rates available on the iPhone 13 Pro and 13 Pro Max. This includes not only 120Hz but also other rates right down to 10Hz. This, of course, requires updating their apps and submitting the updated app for approval, which could cause some stress for developers.

This requirement is that the upper ProMotion refresh rates naturally impact battery life, and Apple doesn’t want to turn it on for all apps easily. It wants developers to offer iOS the permission to switch between refresh rates to see fit or let the developer decide the simplest experience it wants users to possess, albeit it means sticking to only 60Hz.