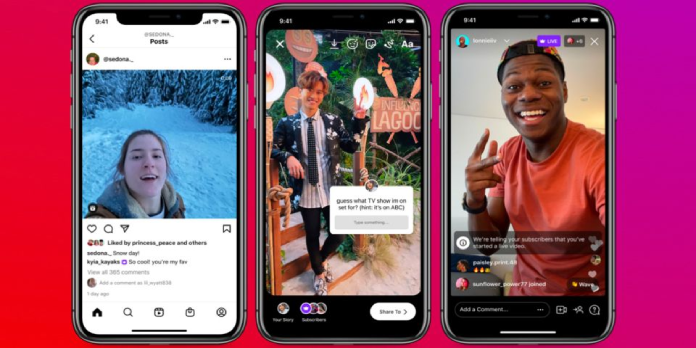 Instagram Subscriptions are presently in beta and limited to ten creators in the United States, but plans to expand the service in the coming months.

While Instagram is new to subscriptions, its parent corporation is no stranger to them. Instagram has introduced Subscriptions for a small group of creators in the United States, taking inspiration from the OnlyFans concept of putting material behind a paywall and allowing them to share exclusive content with members. Meta has been delivering that money-making option to Facebook creators for a long time.

Instagram began testing its subscription feature in July of last year. Exclusive Stories was the sole important feature that was officially known to be under development at the time, and the function was in an internal testing phase. While Instagram was busy testing its subscriptions feature, Twitter went ahead and introduced Twitter Blue, its take on the concept. However, Instagram’s version appears to be ready for prime time.

Instagram Subscriptions have been revealed, although they are currently in alpha testing and are only available to ten creators in the United States. Basketball player Sedona Prince, actor and dancer Kelsey Lynn Cook, and celebrity astrologer Aliza Kelly are lucky Instagrammers. Creators will go live with broadcasts that are solely viewable to their paying followers now that subscriptions are available. They can also publish stories that are only available to subscribers. Subscribers will receive a purple symbol from wearing alongside their profile name as a badge of honour. The purple budge will also act as an identification sign for artists, allowing them to differentiate their paying subscribers’ comments or message requests and respond to them first.

Both promising and divisive

A purple halo will also surround subscriber Stories to distinguish them from the publicly available stories. Instagram says it will expand the Subscription function to other creators in the coming months. However, the corporation has no ambitions to expand outside the United States. However, there is both good and bad news to report. Subscription price stays consistent across Instagram and Facebook. The most cost-effective plan is $0.99 per month, while the most expensive one costs $99.99. “I’m enthusiastic about continuing building tools for creators to make a career doing creative work and to get these tools into the hands of more creators soon,” Meta CEO Mark Zuckerberg said on Facebook.

Also See:  The FBI Issues a Warning That USB Drives May Contain Ransomware

Meta will not take a part of creators’ subscription money. Not until 2023, at the earliest. Apple and Google, on the other hand, will. All subscriptions are handled through Apple’s in-app payment mechanism, and the same is true for the Android app, which uses the Google Play Store as a payment gateway. And this means that a percentage of the membership charge goes to Apple and Google. Like unique Facebook subscription links, Instagram may give an external site for followers to pay their subscription fees, which will then be reflected in the mobile app. “That hasn’t been implemented yet in this alpha.” But that’s something we might certainly think about in the future,” Ashley Yuki, Instagram’s co-head of Product, was cited as saying by TechCrunch. Apple and Google will lose their 30% portion, and the revenue will be split entirely between creators and Meta.