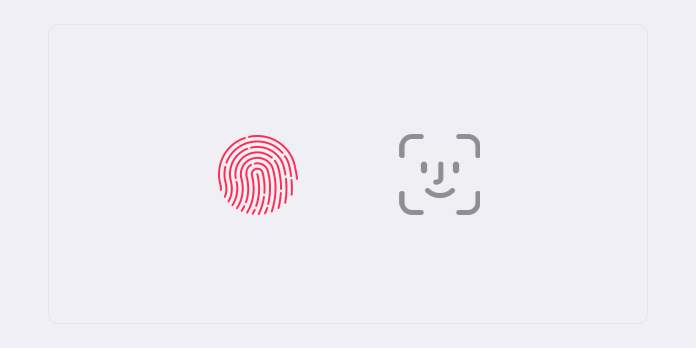 Face ID and Touch ID are claimed to be secure by Apple, and for the most part, they are. It’s quite improbable that a stranger will be able to unlock your phone. However, that isn’t the only form of attack to be concerned about. Let’s get a little more into this.

Face ID and Touch ID are remarkably similar beneath the hood, even though they use separate biometric authentication mechanisms. When you try to log in to your iPhone by gazing at the front camera or touching the touch sensor, the phone compares the biometric data it finds with data recorded in the Safe Enclave, a separate CPU whose sole function is to keep your phone secure. Your iPhone unlocks if the face or fingerprint matches. If this isn’t the case, you’ll be requested to enter your passcode. Is all of this secure, even if it sounds wonderful on paper?

Also See:  how to convert a pdf into an editable document

Face ID and Touch ID are both relatively safe.

However, protecting against this type of unintentional infiltration isn’t the only issue to be concerned about.

Targeted Attacks on Face ID and Touch ID are a possibility.

While it’s almost assured that no random stranger will be able to sneak into your phone, things may be different if you’re the victim of a targeted attack.

Also See:  How to Fix Your PC’s Sound if Windows Update Just Broke It

Nothing can keep you safe from the government.

No amount of security will fully protect you against a determined government agency—whether the US or foreign—with virtually unlimited resources and a desire to get into your phone. They have access to technologies like the GreyKey and can legally compel you to use Touch ID or Face ID to unlock your phone.

GreyKey is capable of cracking any iOS device passcode, rendering Touch ID and Face ID worthless. Apple works hard to shut vulnerabilities such as this one, but those looking for a quick buck work just as hard to develop new ones.

Touch ID and Face ID are tremendously convenient and, when paired with a strong passcode, secure enough for practically anyone to use daily. However, if you are the target of a determined hacker or government agency, they may not be able to keep you safe for long.

According to Apple, the odds of a random finger unlocking your phone are one in 50,000. Face ID is 20 times more secure than Touch ID based on that number alone. Fortunately, if the biometrics fail, you can still get in with your device passcode for Face ID and Touch ID.

If you don’t have any sensitive information on your phone, unlocking it with your Face ID and fingerprint may pose no risk. Using your fingerprint or Face ID to get into your banking apps is not a good idea. To secure your financial apps, use pins or (alphanumeric) passwords.

The data is decrypted when you enter your passcode or place your finger on a Touch ID sensor. The problem is, Touch ID and Face ID are fairly safe methods of protecting your phone, especially on the iPhone, which employs a separate decryption processor called Secure Enclave.

Also See:  How To Set Up Face ID On iPhone, The Easy Way!

Touch ID vs. Face ID – Your opinion after 1 month of using the iPhone X from apple