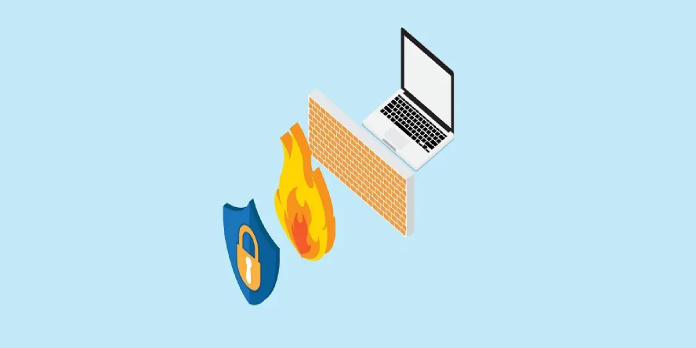 Here we can see, “How to: Fix Dolphin Traversal Server Connection Error”

If you’ve experienced a Dolphin Traversal Server connection error, this is where to learn more about it and, hopefully, how to repair it.

When trying to access Dolphin’s Netplay feature, many users reported receiving a Traversal Server connection error notice. When the problem arises, it appears to affect more than one user.

Dolphin is an excellent emulator for Nintendo’s popular GameCube and Wii consoles, assuming you don’t want to learn more about the aquatic mammal. The emulator supports Windows, Android, Linux, and macOS.

As you may have guessed, Dolphin can be used to play both GameCube and Wii commercial releases. Some say that in terms of audio/video quality, Dolphin performs a better job with these games.

Emulators are still a bit of a grey area, but things are different with Dolphin. The emulator’s code is entirely legal; thus Nintendo has no motive to pursue it and shut it down.

You can use Dolphin to rip your own Wii or GameCube discs and play them. Downloading and playing unlicensed games on Dolphin, on the other hand, is illegal and may result in legal action.

Dolphin has you covered if some of your games are designed to be played in multiplayer mode. If the GameCube or Wii game offers a local multiplayer mode, you can use the Netplay function to set up online sessions with your friends.

Netplay does not require a Wi-Fi connection or a Broadband adaptor to connect with your pals.

However, although the GameCube Netplay capability should be error-free, the same cannot be guaranteed for the Wii version.

How to fix the Dolphin Traversal Server connection error?

If you’re hosting a Netplay session, ensure sure the relevant ports are forwarded on your router’s management page (default gateway in your browser). Your buddies will be able to connect to your server due to this.

2. Make sure you use the right Dolphin version

You might not be running the correct version of Dolphin if you get the Traversal Server connection issue. The most recent versions usually have Netplay patches, which may reduce the occurrence of the Traversal server issue.

You should also verify that you and your friends are running the same Dolphin version. Dolphin will not allow you to use various versions by default to avoid compatibility difficulties and de-synchronizations.

Some security software (antivirus, firewalls) can become overly vigilant and prevent things it shouldn’t. Check your firewall for any rules that might be configured against Dolphin. If this is the case, simply remove them.

The same may be said for your antivirus software. Emulators are considered pure evil by several antivirus/antimalware services, preventing them from being executed on the target computer. As a result, you may be unable to host or join Netplay sessions.

Turn off your security software for a while and attempt hosting/joining the Netplay session again.

Using a VPN can help with connectivity problems, especially if your access has been limited by accident. If your ISP, for example, blocks Dolphin servers or ports, you can easily get around this restriction by using a VPN.

The same is true in terms of network congestion. If your network has many users, your connection may suffer a major setback.

This, in turn, may make it difficult to use some services, such as Dolphin’s fantastic Netplay feature.

It goes without saying that this solution will not always succeed. In some cases, you may need to change your VPN server or turn off the service entirely to access certain services.

Your system’s cached data can seriously disrupt your connectivity. A little maintenance work is required from time to time to prevent this from happening.

Flushing your DNS might just be the answer in this case. Don’t worry if you don’t understand what that implies; we’ll show you exactly how to complete this assignment.

Now restart your computer, and once the boot procedure is complete, launch Dolphin to see if anything has changed. Remember that flushing your DNS is not unique to Dolphin and can help you out with various other similar issues.

No service is flawless, and Dolphin is no exception. Bugs, faults, and glitches will occur occasionally, and you must learn to cope. That is until they are rectified.

For example, Dolphin’s Traversal Server functionality had a glitch a few years ago, and it became trapped in an infinite loop.

If that’s the case, you probably won’t be able to do much about it except ask questions on forums.

If you planned on playing Dolphin with your friends and got the dreaded Traversal Server connection error, don’t give up just yet.

A couple of patches can quickly restore Dolphin’s Netplay feature. Although some of these suggestions may appear ineffective, you should attempt them all before giving up.

Even a simple computer restart can sometimes solve a seemingly insurmountable problem.

Finally, a VPN can save you a lot of time and trouble, especially regarding connection troubles.

However, keep in mind that these tools won’t fix everything, especially if the problem is on your end or with Dolphin’s developers.

Also See:  GoPro Relaunches Quik as a Photo and Video Editor for Everyone