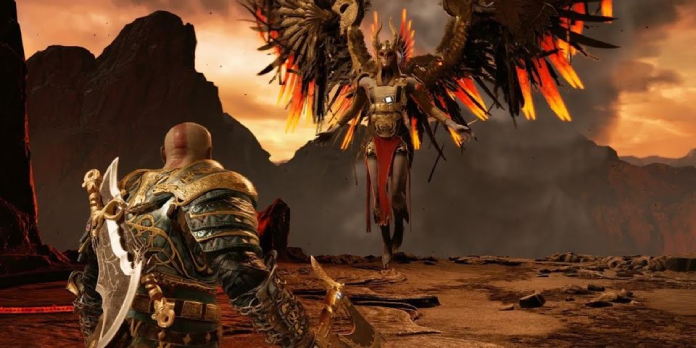 The optional Valkyrie bosses in God of War are the game’s most difficult enemies, but one skilled YouTuber has mastered them with just one hand.

While sitting upside down and playing with one hand, a highly skilled God of War (2018) player appears to have defeated Gondul, one of the game’s endgame Valkyrie bosses. The action-adventure reboot puts players in the shoes of Kratos, a Greek demigod on a quest with his son Atreus in the world of Greek mythology. God of War marked a new beginning for the long-running series, introducing a new combat system and the God of War’s Leviathan Axe, a new weapon.

God of War (2018) introduces a new combat system that emphasizes the franchise’s new direction, and it’s simple to learn but difficult to master. The reboot slows things down from the original Greek mythological titles, which featured fast-paced battles with wide camera angles. The Leviathan Axe, a massive weapon that can be thrown and returned to its owner, served as a counterpoint to the series’ classic Blades of Chaos. The new game’s battles are still brutal and visually stunning, requiring more deliberate and precise tactics. The optional Valkyrie bosses in God of War test the newer combat mechanics, forcing players to make quick decisions and use their entire arsenal wisely.

Even though Valkyries are one of God of War‘s most formidable foes, YouTuber tumbledryergaming has defeated one while imposing severe, self-imposed restraints. While sitting upside down and using only one hand on their controller, the skilled warrior defeated Gondul, a more difficult Valkyries. Tumbledryergaming makes good use of Kratos’ arsenal, dealing massive damage with special Runic attacks while deflecting Gondul’s blows with ease. While some viewers may be skeptical of this feat (especially because the player’s hands are difficult to see during the challenge), tumbledryergaming has shared several previous challenges on Twitter that are much easier to verify.

God of War Ragnarok, a direct sequel to the series’ 2018 installment, looks to keep its predecessor’s combat system and gameplay style. Kratos still wields the Leviathan Axe and Blades of Chaos in battle, and the camera remains directly behind him. On the other hand, Ragnarok will take this combat system even further, as Santa Monica Studio has revealed that classic Kratos moves from previous God of War games will return in the game. This includes the character’s grapple attack, which allows him to pull himself towards enemies, as well as a special combo that launches enemies into the air before slamming them down.

Because God of War is a premier action-adventure franchise, every title in the series emphasizes combat. While God of War: Forsaken placed a greater emphasis on narrative and world-building in 2018, the game’s combat remains satisfying and in-depth. For most players, the Valkyries serve as the ultimate test, but tumbledryergaming necessitates a higher difficulty level. While the gamer has mastered God of War’s greatest bosses, the series’ next installment may present an even greater challenge.