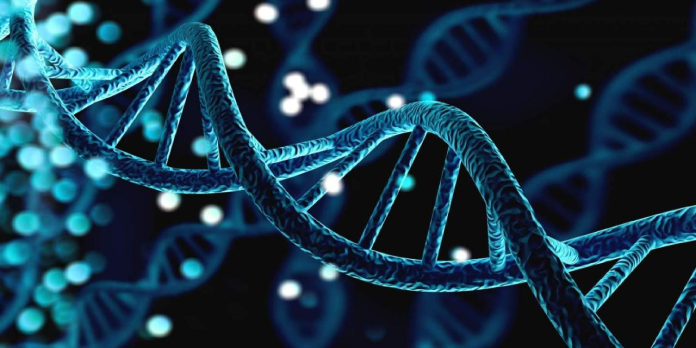 Microsoft has announced a massive accomplishment in its synthetic DNA storage research, focusing on increasing data throughput. The proof-of-concept focuses on a new study from Microsoft Research and the University of Washington’s Molecular Information Systems Laboratory (MISL), opening the way for a future in which data is saved on lab-made DNA rather than tapes hard drives.

Microsoft has been working on synthetic DNA data storage for years, and it’s a promising technology that could help meet rising storage demands. The corporation provides a detailed, if not mind-boggling, picture of current and future data requirements, including the massive amount of data that already exists, the amount produced every day, and growth projections for the next two years.

According to IDC, by 2024, there will be around 8.9 zettabytes of data in storage worldwide, assuming those forecasts are correct. This equates to about 9 million petabytes of data, which is still well above the ordinary person’s capacity to comprehend. Microsoft puts the amount into perspective by saying that a single zettabyte is equivalent to installing Windows 11 on over 15 billion computers.

Multiple data storage methods are routinely utilized, and tape cartridges remain the most enticing commercial alternative due to their density, even though they appear to be ancient at this time (via IBM).

Magnetic tape has been around for decades and has several advantages for businesses that generate large amounts of data: it helps keep data safe from hackers. It can store hundreds of terabytes of data in a small space. One tape cartridge using IBM’s latest technology has a capacity of 580TB, which would need the storage of more than three-quarters of a million CDs.

Tape cartridges will be used for data archival for years to come, but there’s a massive desire for a modern alternative that gives even more density while removing many of the old tech’s drawbacks. That’s where synthetic DNA data storage comes in, according to Microsoft.

What is the significance of DNA?

Tape cartridges only need to be rewritten once every three decades or more, which is a reasonably short time in the context of long-term data storage. Synthetic DNA, on the other hand, Microsoft claims, is significantly more durable, having the ability to store data for thousands of years. Furthermore, Microsoft claims that synthetic DNA will substantially minimize the environmental effect of data centers, citing evidence of lower water and energy use, as well as fewer greenhouse gas emissions.

However, synthetic DNA data storage can only be a feasible alternative if a few major roadblocks are overcome. Low data throughput, precisely the pace at which data can be written, limits the technology. This, according to Microsoft, is a significant roadblock to large-scale synthetic DNA storage, not to mention the accompanying expenses.

Throughput is the focus of the innovation, which includes a proof-of-concept molecular controller. The researchers describe this breakthrough as a “tiny DNA storage writing mechanism on a chip,” which dramatically boosts the density of DNA-synthesis areas. The finding demonstrates that better writing throughput is attainable.

Synthetic DNA storage is essentially the transfer of data from molecules to bits. According to Microsoft, two factors are required to make DNA a viable commercial-scale storage option:

The first requires using encoding software and a DNA synthesizer to convert digital bits (ones and zeros) into strands of synthetic DNA that represent these bits. The second option is to use a DNA sequencer and decoding software to read and decode the information back into bits to be converted back into digital form.

In a new blog post, the business goes into great depth regarding the latest development and the broader processes involved in synthetic DNA storage. The information (in the form of digital bits) must be inserted in the A/C/T/G bases of a DNA sequence to be stored in DNA. After that, the DNA chain is produced, which is usually done by a photochemical process.

Electrochemical DNA synthesis, according to Microsoft, avoids some of the drawbacks of photochemistry by utilizing an array, electrodes, and cathodes. The current paper describes a synthesis process that successfully raised the rate at which data was written in synthetic DNA, increasing throughput and, by extension, lowering DNA synthesizing costs.

Though synthetic DNA storage isn’t ready to take over from magnetic tape, Microsoft sees this latest breakthrough as a significant step in that direction. Microsoft discussed the study in full in a blog post:

The next logical step would be to incorporate digital circuitry into the chip, allowing individual control of millions of electrode locations to write kilobytes of data each second into DNA. From there, we expect the technology to progress to arrays with billions of electrodes capable of storing megabytes of data every second in DNA. This will bring the performance and cost of DNA data storage much closer to those of tape.

How to Make Windows 10 Look and Act More Like Windows...