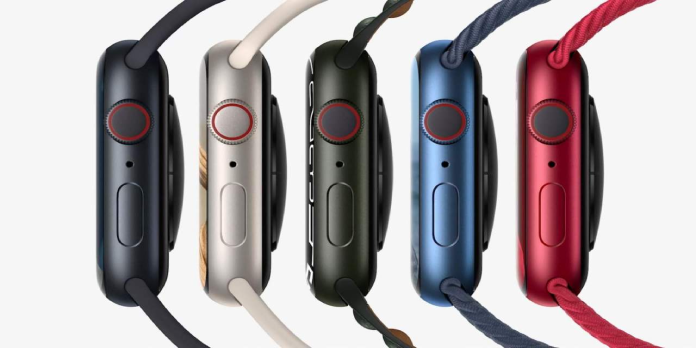 Apple Watch Series 7 features a larger display and new buttons for the operating system. These watches will be available with WatchOS 8 from the beginning.

The new Apple Watch has “softer, more round corners” and is compatible with all existing Apple Watch bands.

The Apple Watch’s battery lasts 18 hours, and it has a 30% faster-charging speed than its predecessor. Apple today suggested that 8 minutes of charging is sufficient to keep the watch up for 8 hours of sleep tracking.

This watch is IP6X dust and water-resistant. You’ll find aluminium, stainless steel and titanium as well as PRODUCT (Red) and new Nike and Hermes Editions.

The device can be used to update your cycling, car keys, and home keys (digital) and will also allow you to track your sleep quality. The device will feature ECG and Blood Oxygen apps and a new World Time watch and cellular connectivity (just like its predecessor).