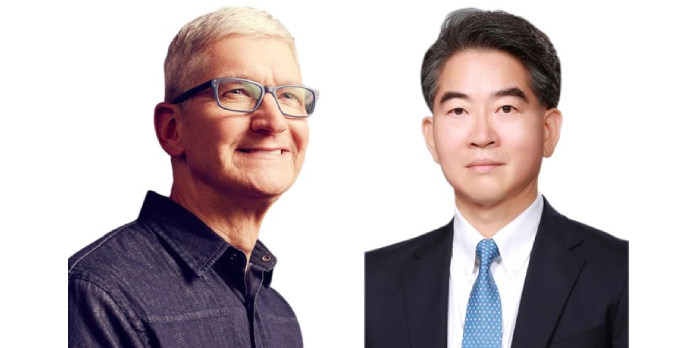 Apple is increasing the production of its new iPhones and iPads. As a result, it is considering asking LG and Samsung’s display affiliates for more OLED panels. This move comes as BOE, a Chinese display manufacturer, struggles with improving its OLED panels’ quality for Apple’s products.

Apple is proud to have a stable product ecosystem. Being a part is a badge for high-tech companies such as the IT divisions at Samsung, LG, and SK conglomerates and Chinese and Taiwanese businesses like Foxconn and BOE. Apple is notorious for its meticulous product-certification process and is included in its web-like supply chain means a supplier can improve the quality of the components it provides.

Apple has been looking for alternatives to its long-standing strategy of diversifying its supply chains, so it is difficult for parts suppliers to expect higher profits. So it’s not surprising that Apple, based in Cupertino, asks its suppliers to run production lines “Apple-centric,” which strictly follow its guidelines and rules.

During the COVID-19 epidemic, Apple is a client-supplier that can’t afford to lose. Rising demand for iPhones and iPads, as well as strong growth in the service business, will drive Apple’s top-line higher.

A senior industry executive familiar with Apple issues told The Korea Times that Apple had signed OLED agreements (with LG Display and Samsung Display). They will supply Apple with small-sized OLED panels to be used in the upcoming iPad models.

LG and Samsung catch up.

It is crucial to determine which company will supply OLED panels for Apple’s next iPads.

According to the executive, Samsung Display was awarded the “majority” of the orders by Apple, supplying 120 million OLED panels for future iPads. The executive noted that Apple asked LG Display for more than twice the small- and medium-sized OLED panels it could provide.

Samsung Display will remain the primary supplier as it has been contracted to supply 120 million OLED panels. However, Apple is now leaning towards LG Display, as LG Display won Apple’s orders to supply 50,000,000 OLED sheets for its next-generation iPads. This is more than twice the amount received previously,” the executive said by telephone.

“Despite Samsung Display’s dominance of the small- and medium-sized OLED display market, LG Display is slowly catching up. According to another industry official, LG intends to invest 4 trillion won to increase OLED production. This is 30% more than Samsung Display’s planned investment.

The future iPads will be made using OLED displays by LG’s E6-3 production line. LG already has an E6-2 line. Both lines are located in Paju near the North-South Korean border. The E6-2 and E6-3 lines produce only Apple components. According to the executive, LG is poised to increase its transactions volume with Apple to compensate for any possible decrease in large-sized OLED panel demand during the prolonged pandemic.

Jeong Ho-young, the LG Display CEO, has been focused on increasing the company’s competition in small- to medium-sized OLED displays. This is different from his predecessor. It was due to problems with Chinese handset vendors and Samsung Electronic’s dual-strategy that focuses on an OLED-oriented and LCD-oriented mobile phones business.

The iPad is the most widely used tablet, with market research firms estimating that Apple sold 13 million units during the first quarter. BOE, LG’s Chinese competitor, was reported to have received OLED display orders from Apple. These OLED displays were used in refurbished models. However, according to one source, BOE had difficulty stabilizing “touch-integrated” OLED technology in terms of production yields.