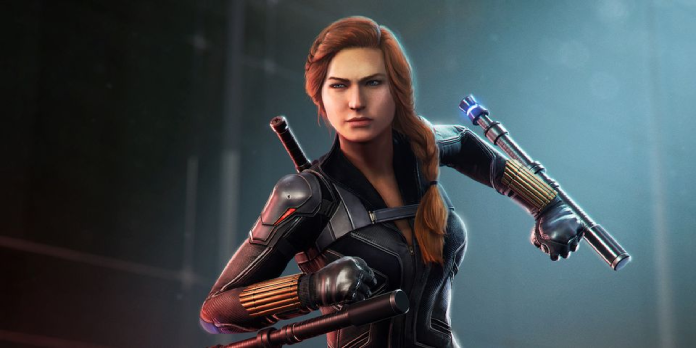 Black Widow gets the latest MCU skin from Marvel’s Avengers, allowing her to assume her iconic black stealth suit from her solo film’s climax.

While Marvel’s Avengers has been chastised for its expensive microtransactions, the game’s authentic Marvel Cinematic Universe skins have been praised. After the game’s debut, these cinematic cosmetics were a popular request, and Crystal Dynamics eventually announced their inclusion in the game. Many MCU skins have been added to Marvel’s Avengers Marketplace recently, based on films like Avengers: Infinity War and Endgame. Scarlett Johansson’s portrayal of Black Widow on the big screen has inspired a slew of outfits for the character. Black Widow’s new movie gear, a white stealth suit utilized for much of the film, was added to Marvel’s Avengers in July, and Natasha Romanoff’s Avengers: Infinity War suit was added just two weeks ago.

Also See:  How to Determine Whether Your iPhone Has Been Refurbished

Marvel’s Avengers has revealed Black Widow’s second suit, which will be featured in her film in 2021, marking the heroic super spy’s fourth MCU skin. While Natasha Romanoff’s white suit from the movie’s first half is already in the game, this new costume is based on the black, comic-accurate attire shown in the movie’s climax. The dark tactical suit has gold highlights on the wristbands and belt, evoking the agent’s classic comic book style. The following skin will also give Black Widow a film-accurate braid, adding to the digital recreation’s realism. On December 30, Black Widow’s fourth MCU skin will be available in Marvel’s Avengers Marketplace.

You get to make your own choices now.

Inspired by the Marvel Cinematic Universe, the Marvel Studios' Black Widow Outfit features Natasha's black suit in the latter half of the film.

Despite the positive reviews for Marvel’s Avengers’ MCU skins, the game’s Marketplace system has been heavily criticized since its release. Marvel’s Avengers cosmetics cost thousands of dollars, with a single MCU skin costing around $14 on average. In addition, the game’s Marketplace only accepts Credits, a currency that can only be acquired in small amounts through gaming and must be purchased with real money otherwise. While Units are a form of cash in Marvel’s Avengers and maybe won through gameplay, they cannot be used to purchase Marketplace items such as MCU outfits.

Black Widow is one of the most prominent and beloved characters in the Marvel Cinematic Universe, and her popularity is mirrored in the number of skins available in Marvel’s Avengers. Romanoff now has more MCU skins than anyone else, including two different designs from the same movie. While fans appreciate Black Widow’s white costume, the black stealth suit she wears in the film’s second half is a fantastic, comic-accurate addition.