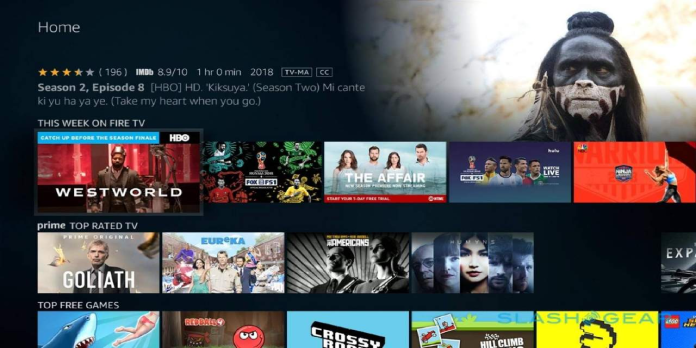 We may even see an Amazon-brand Fire TV model (or multiple models) launch within the US as early as next month, consistent with a replacement report. Amazon’s alleged plans to supply smart TVs running its Fire TV platform under its brand are rumoured for a short time now, with sources claiming the project has been within the pipeline for a few years. Though it won’t be the primary time Amazon has launched its TV, it’ll be a primary for the US market.

The leak comes from sources speaking with Business Insider, which claims that Amazon’s Fire TV plans were set back at some point by “logistical bottlenecks.” Regardless, we may even see these TVs — possibly sold under the ‘AmazonBasics’ brand — arrive in October, joining existing smart TVs sold by other brands that run Fire TV.

The report claims that TCL is one of the third-party manufacturers who will produce the Amazon-branded Fire TVs. These models will join companies like Westinghouse that already offer smart TVs loaded with the software but lack the Amazon brand. Assuming the leak is accurate, Amazon’s TVs could also be offered during a range of sizes from 55- to 75-inches.

The insiders continue to say that Amazon is additionally developing its smart TV that might potentially be sold with Fire TV; whether this in-house television model would be distinguished from ones made by third-party companies is unclear. Users can expect an equivalent Fire TV experience they get from Amazon’s standalone Fire TV boxes, cubes, and sticks.

The report doesn’t include mention of costs, but if existing third-party options are any indication, the Amazon-branded smart TVs will likely skew toward the budget end of the range. Such price points would equip Amazon to compete with Roku, offering a spread of smart TVs loaded with its Roku OS software.