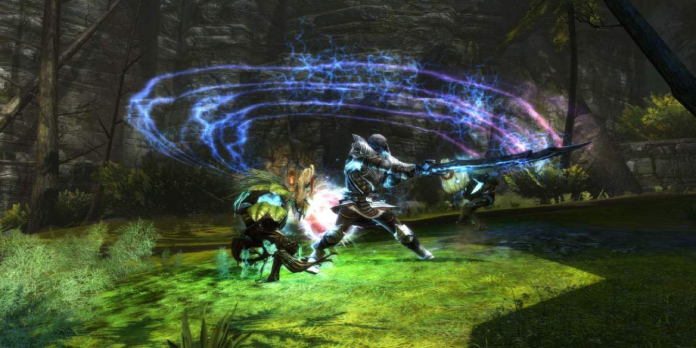 We’ve seen plenty of various reveal events over the summer, from E3 and Gamescom to Summer Games Fest and every one of the standalone events publishers decided to host on their own. Today, however, we’re learning that the reveal events aren’t quite over yet. Not only did Sony confirm details of subsequent PlayStation Showcase earlier today, but now THQ Nordic has announced a reveal event of its own.

Specifically, this event will be held for THQ Nordic’s 10th anniversary and can be hosted by Geoff Keighley, an individual we’ve seen tons of over this past summer. The event is slated to begin at 12 PM PDT/3 PM EDT on September 17th, with THQ Nordic streaming it on YouTube, Twitch, and even Steam.

To celebrate our 10th anniversary, we are throwing a digital party!

In follow-up tweets, THQ Nordic says that the event will feature six new games. “Withness the return of legendary franchises and sequels to beloved games,” that tweet reads. “We hope you’re ready, kids!” We don’t know what exactly those franchises are. Still, THQ Nordic has since clarified that new TimeSplitters and Red Faction games won’t get on the docket, as those IPs are currently within the hands of sister companies Deep Silver and Koch Media, respectively.

It’s possible we could see new entries within the prophecy, Risen, or maybe Sacred franchises, but THQ Nordic may be a company that owns tons of IP, so there are plenty of potential reveals that would happen. In subsequent tweets, THQ Nordic confirms that Elex II and Expeditions: Rome are going to be on the docket, so we will least expect those.

Given the timing of this event, we wouldn’t be surprised to ascertain the reveal of something Amalur-related, whether that’s the upcoming Fatesworn expansion for Kingdoms of Amalur: Re-Recoking or a completely new Amalur game. Next week, we’ll need to tune in to ascertain what THQ Nordic has future, so stay tuned for more.