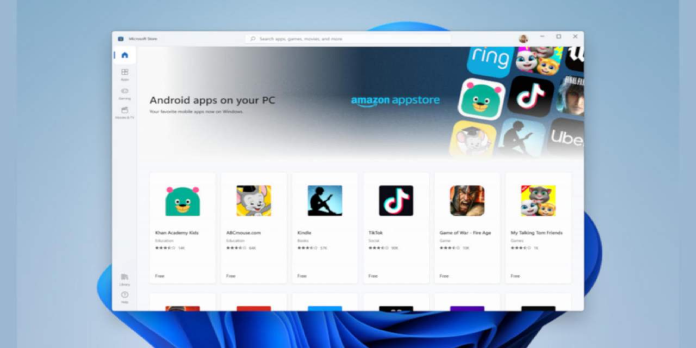 Amazon’s Appstore is a well-known platform, but Microsoft’s Windows 11 announcement brought it to the forefront. Although it will be the platform that allows you to install Android apps on Windows computers, there are still many questions about technical implementations. Although the Amazon Appstore has not been known for its innovative features, the e-commerce giant now promises to bring it up to speed with Google’s next-gen Android App Bundle format.

APKs have been Android’s default package format since the beginning and will continue to be so, even with App Bundles. Android App Bundles, a new publishing format, will create APKs specific to one device. It does not include any parts that can be used on other devices but only yours. It is designed to reduce the size of packages so they can be downloaded faster. Additionally, it includes downloading additional parts of the app, such as game assets, for later.

Google assured that AABs wouldn’t stop developers from creating APKs to distribute on other apps stores. However, the App Bundle format is only available to use with Google Play Store. So it’s not surprising that Amazon has announced that it will support Android Apps Bundles. This means that anyone publishing on Amazon’s Appstore can enjoy the same benefits as those published on Google Play Store.

It will be fascinating to see how Amazon accomplishes this feat. Amazon isn’t giving hard dates to developers to keep their hopes up. This option will be available for all apps, not just new ones, instead of Google Play Store, where they require new apps to use App Bundles.

This will help Amazon’s Appstore rise to the top of the Android ecosystem if it can pull off this feat before Windows 11’s stable version. It could become the Google Play Store’s largest competitor, depending on how it is implemented. This will allow Android developers to target phones and PCs and lure them away from Google’s app ecosystem.