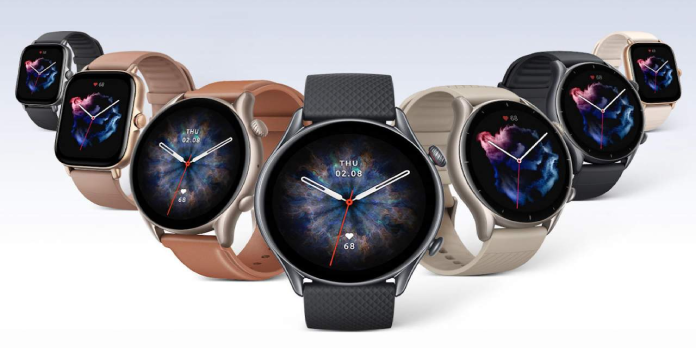 The Apple Watch is arguably the market leader in smartwatches, and Samsung’s wearables have grown in popularity since the company switched to Wear OS. However, even if you consider the handful of brands that use Google’s smartwatch platform, those aren’t the only ones in town. Some people have chosen to go their way, using their operating system. Amazfit, despite its name, is more closely associated with Xiaomi than Amazon, and it’s adding three more smartwatches to the already crowded wearable arena.

Amazfit is admittedly a smaller brand compared to Apple, Samsung, and even Mobvoi, and it owes some of its popularity to its association with Xiaomi. It has, however, made a name for itself over the years with smartwatches that have days or even weeks of battery life. This year, it’s bringing three smartwatches, not one, not two, but three, though the latter is a bit of a cheat because the third one is a “Pro” variant.

In terms of features and price, the Amazfit GTR 3 Pro is the company’s flagship smartwatch this year. The smartwatch has a sizeable circular 1.45-inch AMOLED screen and can track more than 150 activities and biometrics, including heart rate and blood oxygen levels. However, those features deplete battery life, and the GTR 3 Pro is rated to last about 12 days before recharging.

The smaller 1.39-inch Amazfit GTR 3, on the other hand, promises 21 days of use. Some features, particularly in the sensors available to it, may suffer as a result of this. Even though the feature set is comparable to the GTR 3, the square Amazfit GTS 3 will only last 12 days with average use and without continuous GPS tracking.

Also See:  How Do I Use Apps Inside Messages On My iPhone? The iOS 10 Guide

That’s most likely why the GTR 3 and GTS 3 start at $179.99, while the GTR 3 Pro costs $229.99. Along with these smartwatches, Amazfit promotes its Zepp OS as an alternative wearable platform by providing developers with tools to create watch faces and apps more accessible. This is crucial for the success of Amazfit’s smartwatches, which will lag in terms of app availability despite being compatible with both Android and iOS devices.