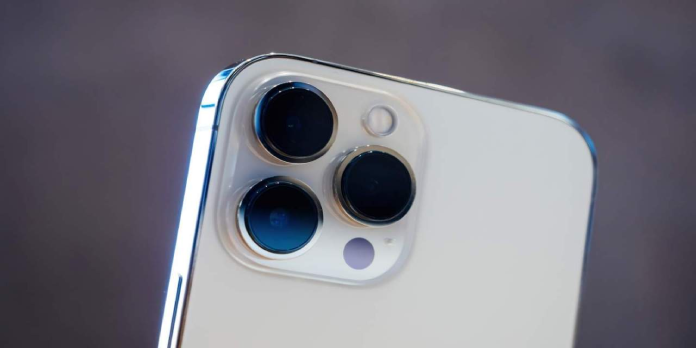 According to a new claim, Apple plans to upgrade its iPhone camera set up with a new 48-megapixel sensor next year. In addition, in 2023, the company plans to introduce a periscope lens with folding camera optics.

According to MacRumors, Ming-Chi Kuo, a well-known Apple analyst, revealed the iPhone camera upgrades in a letter to TF International Securities. According to the story, Kuo did not disclose “additional specifics” on Apple’s camera upgrades purportedly planning. However, previous reports from the analyst have indicated that the iPhone 14 Pro will include a 48-megapixel camera. The camera would be capable of recording 8K footage when the present resolution limit is 4K.

Kuo has previously stated that he believes Apple would use pixel binning to provide both 12-megapixel and 48-megapixel output on iPhone 14 Pro variants. This approach is already used by Android phones like the Samsung Galaxy S21 Ultra, and it could allow the iPhone camera to switch between outputs based on the lighting circumstances.

In 2023, the iPhone 15 could sport folding camera optics

According to MacRumors, Kuo also stated that he believes Apple will include a periscope lens in at least one of the iPhone 15 versions in 2023. Employing folded camera optics would pave the road for enhanced optical zoom. The camera absorbs bent light and focuses as it passes through “folded” parts with folded optics.

This enables a higher amount of optical zoom while keeping the camera array small enough to fit within a smartphone (via UCSD). For years, we’ve heard rumors regarding Apple’s supposed plan to use folded optics with the iPhone, including a patent obtained in August (via Patently Apple).

Over time, smartphone cameras have become more complicated as manufacturers strive to provide the best cameras possible within the constraints of the handset’s size. Apple could close the gap even more by adding a foldable optic camera. The iPhone 15 may be able to give up to 10x optical magnification with a periscope lens, something we’ve already seen on Huawei’s P40 Pro+. It would be a major upgrade over the current iPhone 13 Pro versions, which only offer 3x optical zoom.

Kuo’s predictions haven’t always been accurate, but he has a track record. Of course, we’ll have to wait for Apple to make an official announcement before knowing for sure. If this is the case, Apple’s iPhone cameras might see significant advancements in the next two years.

Apple set another Q4 record, but shortages are costing it billions

Apple Customers Recycle More Devices Than Buyers of Other Brands

Apple Silicon MacBook shipments to be lower in the first half...