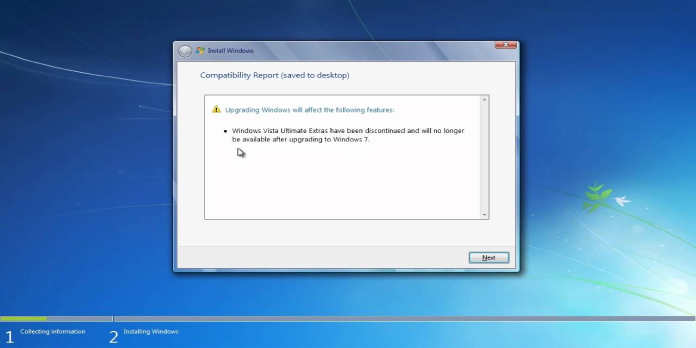 Ultimate Extras are a couple of tiny Ultimate Edition exclusives that Microsoft utilized as a selling point to get people to buy Windows Vista’s most expensive edition. It was originally billed as a successor to the popular “Plus! for Windows” package from Windows 98, but it never worked out that way.

For the first couple of years, Ultimate Extras was a bit of a joke, bringing nothing except animated wallpaper and an extra card game to the table. Since then, a few new themes/sounds and a couple of other terrible games have been included in the package, making Vista consumers feel even more “tricked” into buying a more expensive version of Windows than they didn’t need.

The Ultimate Extras will be dropped from Windows 7, though it’s anyone’s guess what the final SKU lineup will look like and how the selling points and feature sets of each edition will compare. But let’s hope Microsoft learns from (even more) of its mistakes and includes something of real value in the more expensive editions of its latest operating system.

Yes, it is correct. (Lint from a pocket) – An era has come to an end: On January 14, 2020, Microsoft stopped supporting Windows 7. As a result, if you’re still running the ten-year-old operating system, you won’t be receiving any further updates, bug fixes, or other fixes.

Yes, Windows 7 is still usable in 2021 and even in 2050. However, keep in mind that Microsoft will no longer release OS upgrades. Therefore, if your system can run Windows 10, I recommend you do so or switch to Linux.

3. Is Windows 7 a superior operating system to Windows 10?

Despite all of Windows 10’s added capabilities, Windows 7 still has greater app compatibility. While major applications like Photoshop and Google Chrome function on Windows 10 and Windows 7, some older third-party software works better on the older OS.

Also See:  How to get coordinate from google map

Microsoft is Now Blocking Windows 7 and Windows 8/8.1 Updates on Ryzen and Kaby Lake Systems from Amd

How to: Disable Quick Access in Windows 10 in Just One...