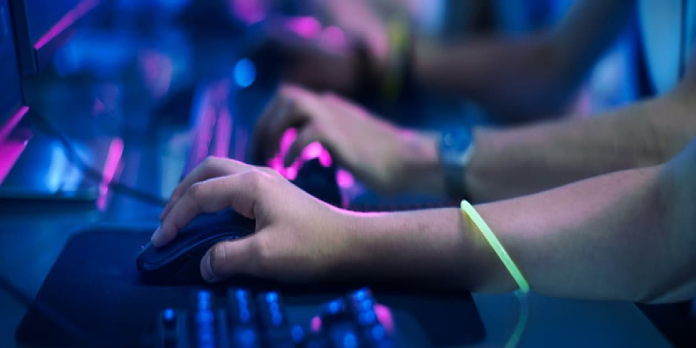 Here we can see, “Play Local Multiplayer Games on Steam Over the Internet”

The Steam client was updated recently, and it included a new feature called Remote Play Together, which allows users to play local multiplayer games on Steam via the internet.

The functionality has completed its beta phase and is now available on the Steam client.

How do I play local multiplayer on Steam?

Because Remote Play Together is no longer in beta, you’ll need to update your Steam client to the most recent version. Unfortunately, this implies that you and your friends will need the most recent client update to play local multiplayer games on Steam over the internet.

Keep in mind that this feature is only available in a few titles. That said, the list has thousands of titles, and more are being added all the time, so you’ll have plenty to choose from.

Check out the Steam Store page to see the complete list of local multiplayer games available on Steam.

Also See:  Windows Your Phone Apps feature could be expanding to more phones

How does Remote Play Together work?

All game activity is collected on your PC and sent to the other players’ computers after you start a Steam Remote Play session on your PC and invite others to join a game.

Like an interactive streaming session, the other players will view the game’s visuals and the UI input. In addition, voice and chat will function as they do in any other game session.

Remote Play is a type of streaming in which one person hosts the game on their computer and projects it onto everyone else’s screens. Everyone else will view the image and be able to manage the game as if they were the one who created it.

One of the benefits of this feature is that only the host requires a copy of the game, making Remote Play even more appealing to individuals who can’t afford a large gaming library.

Remote Play also allows users with low-end PCs to play games that would otherwise be resource-intensive.

What do I need to host a Remote Play session?

UDP ports 27031 and 27036 and TCP ports 27036 and 27037 must be available for proper streaming. The Steam client must be able to access these ports through the PC’s firewall and the router or modem.

It goes without saying that because you’ll be playing a game for others as well as yourself, your PC must be capable of running numerous sessions of the same game.

A connected Internet connection is also recommended because you’ll be streaming all of your stuff. According to Steam, clients also need a GPU that supports hardware-accelerated H264 encoding.

Visit the official support page for additional information about Steam Remote Play Together and how to play local multiplayer games on Steam over the internet.

Remote Play is similar to a more complex version of a Virtual Gaming Network like Gameranger, Garena, or Hamachi in many ways. The main distinction is that the host is the only person who requires a copy of the game.

1. Is it possible to play local multiplayer with Steam Link?

Fortunately, you may use Steam Remote Play Together, which allows you to share and play games with your pals quickly. Only one person needs to possess a local multiplayer game for Steam Remote Play to work, and up to four others can join in from anywhere using a smartphone, TV, or another device.

2. How do I play Steam games with my friends over the internet?

3. Is it possible to use Steam Remote Play from anywhere?

Choose a tile for GAMES. YOU CAN PLAY FROM ANYWHERE ON ANY DEVICE WITH REMOTE PLAY. This will take you to a page where you may look through titles that have been optimized for various devices. For example, some Steam games are optimized for any device, while others will run on a tablet or TV but not on your phone.

Best local multiplayer game of all time? from localmultiplayergames

5. local multiplayer / co-op games that are offline and support 2-8

How to: Fix Xbox App Not Downloading or Installing on Windows...