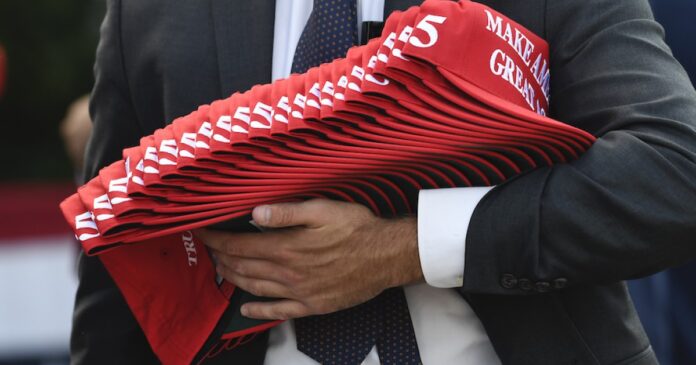 E-commerce provider Shopify has shut down the online stores for President Trump and his campaign, citing his role in instigating yesterday’s mob violence at the US Capitol.

Both Trumpstore.com and Shop.donaldjtrump.com previously sold Trump-themed merchandise, including “Make America Great Again” hats. But on Thursday morning, the backend provider for the stores, Shopify, pulled the plug, according to The Wall Street Journal.

“Shopify does not tolerate actions that incite violence,” the company told PCMag. “Based on recent events, we have determined that the actions by President Donald J. Trump violate our Acceptable Use Policy, which prohibits promotion or support of organizations, platforms, or people that threaten or condone violence to further a cause. As a result, we have terminated stores affiliated with President Trump.”

The shutdown effectively bans Trump from using Shopify ever again to power his e-commerce operations. The company told PCMag when a merchant violates Shopify’s acceptable use policy. They’re never permitted back.

Facebook today also suspended Trump from using the social network and Instagram “indefinitely,” but at least until he is out of the office on Jan. 20. “We believe the risks of allowing the President to continue to use our service during this period are simply too great,” Facebook CEO Mark Zuckerberg wrote in a Thursday post.

Also See:  How to Disable Cortana in Windows 10

The Trump campaign did not immediately respond to a request for comment about Shopify. But it’s likely the president’s team will look for alternatives or create their e-commerce system to resume selling Trump merchandise.