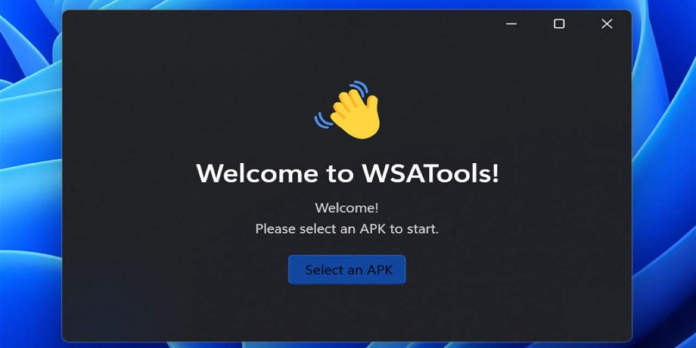 The ability to install and run Android apps directly from the Windows Store is possibly the most compelling feature of the Windows 11 release for some Windows users. However, it is not without its drawbacks, the most significant of which is the highly restricted variety of officially supported apps available through Amazon’s Appstore. Of course, that catalogue will grow over time, but it still leaves many Android applications out of the party. Fortunately, Windows new Subsystem for Android is an open system, at least for now. A new tool has emerged to assist users who are less technically knowledgeable in making the most of the Android apps available.

It’s possible that many Windows users were upset to learn that the predicted Windows Subsystem for Android (WSA) would not receive official backing from the search giant Google. Given the conditions for Google Play certification, it’s unlikely that this is a surprise, given that it isn’t a scenario that the company officially supports. Despite the possibility of a change in the future, Microsoft chose to cooperate with Amazon to develop its Android platform.

For the time being, the only way to get “native” Android compatibility on Windows 11 is through the Amazon Appstore, which is housed within the Microsoft Store, at least as far as the majority of end-users are concerned. In the views of both businesses, the ideal situation is that Windows customers will flock to that store to satisfy their Android app requirements. Given the limited choices of perhaps 50 apps, this isn’t feasible at present.

Fortunately, Microsoft has not locked down this WSA, or at the very least, has not yet worked out how to do so. Because of this, more skilled users and enterprising developers have discovered methods around the restriction, mainly via sideloading the Google Play Store, its apps, and services. But doing so needs a certain level of technical expertise when using the Android Debug Bridge, or ADB, which is where the new WSATools third-party software comes in.

It is available for free on the Microsoft Store. According to the developer, it allows users to choose an APK that they have obtained from another app repository and install it on Windows 11 just like they would a conventional Windows programme. It automates the procedure so that users won’t even have to worry about installing things like ADB and related utilities, let alone messing around with the command line.

The existence of WSATools, while a convenient resource, nevertheless raises several doubts and concerns about the security of the WSA platform. Because it’s far too easy to infect an Android phone with a potentially malicious APK, these flaws could one day be leveraged to break into Windows systems in the future. Many moving parts are still being worked out for the Windows Subsystem for Android, so users should caution when downloading and installing software on their bright new Windows 11 computers.

What Is Livanletdi and How to Remove It for Good