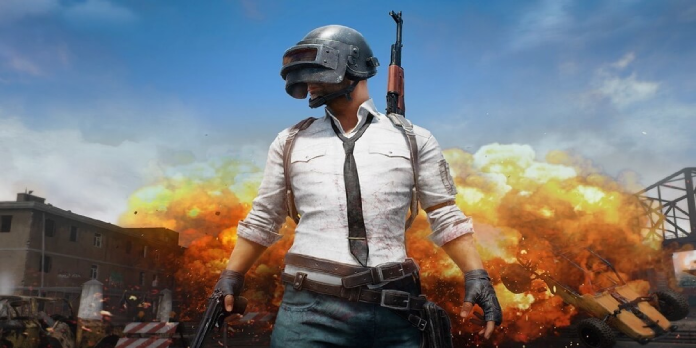 Here we can see, “Pubg Packet Loss: How to Fix It?”

PUBG is one of the most popular games on the market, and it has significantly boosted the popularity of battle royale games. To begin, it’s important to note that PUBG is an online game.

As a result, you’ll need access to the Internet to enjoy it, and there’s no way around it. The battle royale can have up to 100 players (including yourself). This game mode is a deathmatch with the last man standing.

The contest is won if you are the last player standing. That’s all there is to it.

The fact that you can’t play PUBG offline with bots, for example, can be a pain, especially if your internet connection isn’t fantastic. Many players occasionally report issues such as high ping, packet loss, or even jitters.

These can significantly impact gameplay, causing issues like rubberbanding, excessive lag spikes, and even abrupt disconnections due to high ping. Packet loss is still one of the most common problems nowadays.

Also See:  This is the Apple 2021 iPhone range: Launch pricing and comparisons

What is packet loss in PUBG?

The inability of data fragments (packets) to reach their destination location is known as packet loss. Packet loss in PUBG can imply that packets you transmit to the PUBG servers never arrive at their intended destination or that server packets never reach you.

These occurrences frequently result in full-fledged de-syncing issues, which may result in your being thrown out of the game to protect the connection quality for other players.

It’s a little annoying when you believe you’ve got a clean headshot, only to learn that your arch-nemesis is rubberbanding all over the map. For him, it’s far worse, but you get the point.

It’s even more aggravating when you realize that packet loss can happen at any time. Furthermore, it frequently resolves independently as soon as it occurred, and there is no apparent solution.

However, by understanding what packet loss is and what causes it, we can ensure that the ideal atmosphere is created to keep the occurrence of this unwelcome phenomena to a bare minimum.

What causes packet loss with PUBG?

The truth is that packet loss does not discriminate in most cases. As a result, if it happens in PUBG, it’s likely to happen in other services as well. But not if the packet loss is caused by the server; that’s a different situation.

As a result, you must grasp one thing: packet loss can be caused by various factors. Let’s look at the most common reasons for packet loss with that in mind:

Device instability: Network devices with faulty CPUs can cause problems for other comparable devices nearby.

Hardware and/or software failures: if your equipment fails, whether it’s hardware or software, it can affect the entire network and cause packet loss.

Poorly configured routers or PCs: if your PC isn’t set up to handle a high-speed connection, you may lose packets, which is true for your router.

Bad ISP: If your ISP provides bad service on a poorly routed network, you may be losing packets.

Server issues: the server you’re connected to (in this case, the PUBG server) may be leaking packets; however, all players should be experiencing the same thing as you in this scenario.

That is all there is to it. Although most of these reasons aren’t exclusive to PUBG, they can help you figure out where to check if you have packet loss.

How to view packet loss in PUBG?

Your ping, down/up speed metrics, and packet loss percentage should now be visible. However, some players reported seeing high values in specific portions (i.e., pkt loss) despite their gameplay being unaffected.

How to fix PUBG packet loss?

It’s worth noting that this strategy will only solve your packet loss problem if your ISP is to blame. A VPN will not help you if the problem is with you or the game server and will most likely make things worse.

You can run a ping test on google.com and check the packet loss there if you want to be sure before trying it. Our comprehensive tutorial will teach you all you need to know about packet loss and how to conduct a packet loss test.

Keep in mind that there is no one-size-fits-all solution to packet loss. However, full troubleshooting can yield excellent results rather than relying on short remedies found on the Internet, which may damage your machine or connection.

Packet loss in PUBG can be fixed, or better yet avoided

As previously said, avoid quick remedies that make misleading promises. If you wish to fix packet loss, ensure your connection is in good working order.

It’s best to call your ISP and then to try to install magical tools on your PC if you’re unsure about running certain tests.

Using a VPN can, and most likely will, solve your packet loss problem, but only if the problem is caused by your ISP. If the issue is with you or the PUBG server you want to connect to, a VPN will not help.

1. How can I resolve a packet loss issue?

2. In PUBG, what causes packet loss?

Poorly configured routers or PCs: if your PC isn’t set up to handle a high-speed connection, you may lose packets, which is true for your router. Bad ISP: If your ISP provides bad service over a poorly routed network, packet loss is typical.

3. Is it common to have packet loss?

Is it common to experience some packet loss? Packet loss is to be expected, but it is rarely a severe issue. The estimated packet loss rate is highly dependent on the network’s size and reliability. The higher the number of hops a signal must travel, the greater the chance of packet loss.

Also See:  Services.msc Not Opening or Not Responding

Valheim Is Not Saving When Logging Off? Try These Fixes