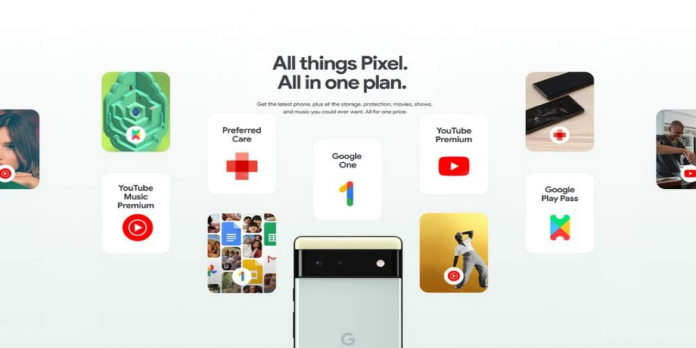 Many consumers, particularly in the United States, prefer to buy their phones from their mobile carriers, even though they are not very dedicated to the network. Subsidies and financing alternatives are frequently used to lessen the shock of purchasing a new, more expensive smartphone. Manufacturers have, of course, begun to provide such choices to persuade customers to buy phones directly from them, and Google’s new Pixel Pass takes that concept a step further by immersing Pixel 6 owners in its services for an extended period.

Pixel Pass, as previously reported, is Google’s equivalent to Apple One, but with a twist. Both subscription packages are centred on each company’s music streaming, gaming, and cloud storage services. The difference is that with that subscription, Google is including a Pixel 6 or Pixel 6 Pro.

Another way to look at it is that Google is bundling its services with purchasing a Pixel phone through a financing option. With Pixel Pass, you can obtain a Pixel 6 or Pixel 6 Pro for $45 a month or $55 a month, with the chance to upgrade to a new phone after two years. This is similar to Apple’s iPhone upgrade scheme in several ways, but for 24 months instead of Apple’s 12.

The services featured in Pixel Pass essentially package Google’s most well-known subscription services. There’s a Google One tier with 200GB of storage, as well as YouTube Premium and YouTube Music Premium, as well as Google Play Pass (which might be too easy to confuse with Pixel Pass). Preferred Care coverage provides gadget protection as well.

Pixel Pass is a Google Store offer that allows you to purchase an unlocked Pixel 6 that may be used on any network. Buyers who purchase it through Google Fi with a phone plan will receive a $5 reduction on the monthly charge. Subscribers to Pixel Pass can cancel at any time, but they will be charged the full price of the Pixel phone if they do so.

How to: Fix Bluetooth Settings Are Missing on Windows 10

Android 11 Rolls Out To Galaxy Tab A With S Pen