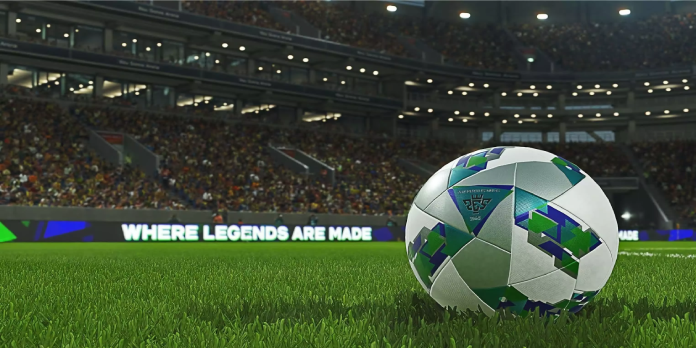 Pro Evolution Soccer is one of the most popular sports game series in the world. Every year, millions of fans worldwide eagerly await the release of a new game.

Even though a new edition of Pro Evolution Soccer is published every year, each new version has its own set of issues that have plagued players for years.

Users have reported game crashes, sound, controller, and many other issues.

In this article, we’ll try to cover all known issues in every version of PES since Pro Evolution Soccer 2013.

How can I fix Pro Evolution Soccer 2013 problems in Windows 10?

1. PES 2013 crashes to desktop when launched

The game has been known to crash to the desktop on occasion, according to users. If you’re having trouble with this, you should upgrade your graphics card drivers.

Furthermore, people claim that turning off SLI / Crossfire increases gaming performance, so if you’re using it, try turning it off.

Make sure Windows Defender is turned off as well. If you have any unnecessary background apps open, try turning them off before starting the game.

Additionally, you might try opening the game from the installation directory instead of using the shortcut or launcher.

2. Could not load image crash

Simply remove and reinstall your graphic drivers to resolve the problem. After uninstalling your graphic card drivers, go to the manufacturer’s website and download the most recent versions.

This approach is a little more sophisticated, so ensure you’ve deactivated anti-aliasing and filtering before proceeding. If it doesn’t work, try disabling Switchable Graphics in the BIOS.

This solution will work if you have both integrated and dedicated graphics cards, but if you don’t have an onboard graphics card, you should skip this step.

Before you try to play Pro Evolution Soccer 2013 with a controller, make sure you download the game patch from the official source rather than Steam.

Also, check the Control Panel to see if your Xbox 360 controller is enabled. Then, when you start the game, go to Options > Controls > Customize Controls and select the appropriate controller.

This error is caused by a C++ bug, which can be resolved by removing C++ files. If you notice two instances of Microsoft C++, uninstall both of them and reinstall.

Make sure your visual card drivers are up to current and that you have the most recent version of DirectX installed before we begin.

If you’re using Steam, check the integrity of the game cache to resolve the problem.

If you’re using an Nvidia graphics card, ensure sure Threaded Optimization is enabled in the Nvidia Control Panel > 3D settings.

If you have an AMD graphics card, delete Catalyst Control Center before reinstalling Pro Evolution Soccer 2013.

Users have reported that Catalyst Control Center can sometimes cause problems with your Radeon card, so try turning it off.

Users with two or more monitors are affected by this problem. Users have complained about not being able to see the main menu and the game crashing.

The only solution so far is to unplug the other displays and play the game on a single screen. If it doesn’t work, try running the game in window mode instead.

Users have reported that Nvidia Optimus cards sometimes cause problems, so you should verify the Optimus settings in the Nvidia Control Panel.

Ensure your audio drivers are up to date if you don’t hear any in-game sound or if your audio is low.

Start the game and minimize it with Alt+Tab if your audio drivers are up to date. Make sure the volume for Pro Evolution Soccer 2013 is set to maximum in the Volume Mixer in the bottom right corner of your screen.

You may also try heading to Control Panel > Hardware and Sound > Sound > Communications Tab and selecting Do Nothing to resolve the problem.

You’ll need to adjust the game’s priority to fix this problem.

Repeat the process each time you start the game.

If the problem persists, ensure sure your GPU is properly cooled. If the problem isn’t caused by overheating, consider decreasing the game’s resolution or graphic quality settings.

How can I fix Pro Evolution Soccer 2014 issues in Windows 10?

Users claim that the settings in Pro Evolution Soccer can only detect your integrated graphic card, not your dedicated one.

This is a significant issue because an integrated graphics card cannot compete with a dedicated one in terms of gaming performance.

This problem only affects Nvidia graphics cards, and the only way to repair it is to update the driver for your dedicated graphics card from Nvidia’s website.

We also strongly advise using a dedicated driver updater program to download all of your PC’s out-of-date drivers automatically.

Because you can manually download and install the wrong driver version using Device Manager, this type of utility will keep your system safe.

Some users claim that they are unable to launch Pro Evolution Soccer 2014. When they launch the game, it simply crashes to the desktop for no apparent reason.

After further investigation, it was discovered that the main cause of the problem is antivirus software, specifically ESET Smart Security.

To resolve this problem, use ESET Smart Security to set rules and grant Pro Evolution Soccer 2014 complete access. You could also try disabling your antivirus software before starting the game.

If you don’t have ESET Smart Security, you can try doing the same thing with your current antivirus program.

Pro Evolution Soccer 2014 has its own sound settings, which you may change by following these instructions:

It’s also a good idea to ensure your audio drivers are up to date. Make sure you download the Windows 10 drivers if they are available.

If your controllers aren’t recognized by Pro Evolution Soccer 2014, open PES Settings (from the game installation directory) and select Controller dxinput for any controller you use.

How can I fix Pro Evolution Soccer 2015 problems in Windows 10?

If you’re having trouble starting PES 2015, check to see if your machine satisfies the system requirements. If all of the hardware requirements are met, the installation could be the issue.

This is the case, it’s usually preferable to reinstall the game totally.

If the problem persists, create a new text file called steam appid in the Pro Evolution Soccer 2015 installation directory. Type 287680 into the file. Save your changes and launch the game from the location where it was saved.

To resolve this issue, you may need to reinstall Microsoft Redistributable Visual C++ and the most recent version of DirectX.

2. Failed to connect to Key Server error and downloading

Make sure your copy of the game is active first. If the problem persists after you’ve activated your game, switch off your computer and restart your router. Reconnect to the server after your machine has rebooted.

To temporarily resolve this issue, you must play the game in offline mode. To do so, take these steps:

You can also resolve this issue by launching the game and then unplugging your LAN cable when you reach the “click any button” screen. Reconnect your LAN wire once you’ve reached the main menu.

If you’re experiencing stuttering in your game, ensure your drivers are up to current. If not, go to the website of the manufacturer of your graphics card and download the most recent driver.

The same is true for sound issues; if you’re having problems with sound, make sure your sound drivers are up to date.

You’ll need to reinstall the game to repair this problem. It’s also good to turn off your antivirus software and firewall before reinstalling the game.

Make sure that you disable Crossfire and V-sync from your graphic card Control Panel.

Many people have noticed that their resolution has been limited to 1366768, but there is a way to change this odd limitation. Simply follow these instructions to do so:

How do I solve Pro Evolution Soccer 2016 problems in Windows 10?

It’s also a good idea to fiddle with the settings in the Nvidia control panel:

To avoid this problem, make sure the game runs on the dedicated GPU, as it performs better than the integrated one.

3. PES 2016 black screen with sound running in the background

Users have reported seeing a black screen with game sounds playing in the background; to resolve this, ensure your game is set to the same resolution as your desktop.

You can also try some of the methods from our post on how to fix a black screen in Windows 10 to see if they help.

We attempted to address all difficulties reported with PES 2013-2016, and we really hope that at least part of these numerous solutions assisted you in resolving your issue.

“We regret to tell you that the v1. 0.0 upgrade for eFootballTM 2022, which was originally slated for release on November 11, 2021, has been postponed until Spring 2022,” Konami said in a statement.

3. What was the reason for the demise of the PES Manager?

“I’d like to express my gratitude to each and every one of you.” The decision to halt the game was met with dissatisfaction by the enormous audience of players who had invested their time and money in it, as there was no adequate explanation or requirement.

4. So I’m a newbie to PES in PC! Need help to noob problems

So I’m a newbie to PES in PC! Need help to noob problems.! Thanks in advance! from WEPES

5. Yet again PC version of Pro Evolution Soccer is worse than on

Yet again PC version of Pro Evolution Soccer is worse than on consoles. Good job Konami. from pcgaming