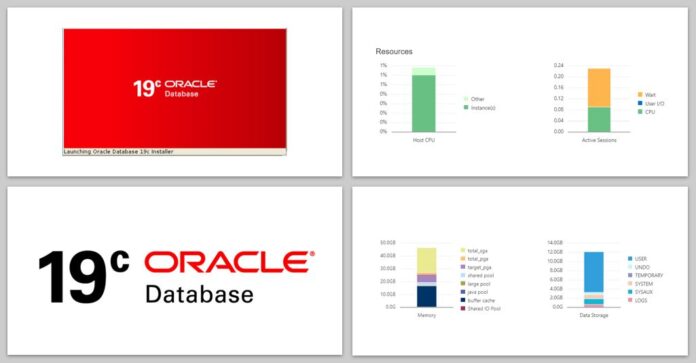 In the Oracle Open World 2018 event in San Francisco last week, from October 22nd to 25th, much has been said about the trends and strategy paths that Oracle is taking in both OCI and Oracle Database.

As we DBA’s are always excited about the upcoming features, I will be able to share below a number of the most things that I’ve spotted on OOW. Please note that this will change and that we don’t even have a beta release yet.

First of all, it was evident that Oracle’s primary focus for the 19c database is stability. This may be the ultimate release for the “12cR2” family. So it had been repeated multiple times: “don’t expect to ascertain many new features during this release,” which, in my opinion, is excellent.

Since 12.1.0.1, Oracle has been implementing tons of core Oracle Database changes (like multi-tenancy, unified audit, etc.). It’s still very hard nowadays to seek out a stable 12 release to recommend. 12.1.0.2 is my favorite one, however many bugs are unfixed, and it lacks a secure PDB layout (PDB escape techniques are pretty easy to explore). 18c will probably be ignored because it was a “transition” release, so I hope that 19c becomes the important stable one, as 11.2.0.4 was for the 11g release family. Let’s see…

This is indeed the foremost important and one among the good features I’ve ever seen in Oracle DB. Once this type of automation is implemented and released, it’ll open doors to several other product automations (like automatic table reorganization, automatic table encryption, or anything you’ll imagine).

The automatic indexing methodology are going to be supported by a standard approach to manual SQL Tuning. Oracle will capture the SQL statements, identify the candidate indexes, and evaluates those which will benefit those statements. the entire process isn’t something simple.

Oracle will first create those indexes as unusable and invisible (metadata only). Then, outside the appliance workflow, the oracle will ask the optimizer to check if those candidate indexes improve the SQL performance. Just in case the performance is best for all statements when indexed is employed, it’ll appear. If performance is worse, it remains invisible. And if it only performs better for a few words, the index is merely marked visible for those SQLs (via SQL Patch, maybe).

The automation will also drop the indexes that become obsoleted by the newly created indexes (logical merge) and remove the created indexes that were created automatically but haven’t been utilized in an extended time. Everything is customizable. For more details, we’d like to attend the Beta Release!

With those features, you’ll be ready to activate the real-time stats for a few of your database objects, and it’ll be possible to run some SQLs which will query only the thing stats, not doing one logical read! Cool, isn’t it?

When you have a physical standby, opened in read-only mode, and connect it to some reporting tool that must create an underlying table or insert some log lines to work, you’ve got a drag. With this feature, you’ll define some tables (or maybe Schema, it isn’t clear yet), and you’ll be ready to run DMLs on them. So Oracle will redirect that DML to your primary and reflect the standby changes, not impacting those tools. This will be dangerous if not configured correctly and will allow us to try many new things.

Also See:  After listening to Spotify Wrapped 2021, I learned something new about myself

When you update a JSON data column, currently, Oracle must upload the entire new column value to the database and validates. With this, we’ll now be ready to update just a neighborhood (like a tag) of a json data.

With Oracle 18c, it had been introduced passwordless accounts. This suggests that you could hook up with your Schema using only a kind of external authentication like Active Directory. Now oracle has gone further, creating the truth concept of Schema Only account (meaning there’ll be no thanks to authenticating).

Oracle is trying to form the entire Oracle Database “rest aware,” meaning that during a very soon future, you’ll be ready to perform all types of DB operations using REST API (like creating a database, creating a user, granting a privilege, or adding a replacement listener port).

Remember in very auld langsyne once we did not have partitioned table and implemented partition manually using views + UNION ALL of the many tables? Thank god since 8 (released in 1997), we do not need it. Now Oracle finally did one step further. You’ll have a partitioned hybrid table, meaning each partition is often a particular type of source (like one partition is an external table and the other may be a traditional data table).

With Oracle 18 XE limited to 12GB data, this feature will be excellent as we’ll probably be ready to offload a number of the info externally.

EZConnect are some things beneficial to form fast connection calls without requiring a TNS. The problem is that, until now, if you would like to use some value pairs wants SDU, RETRY_COUNT, CONNECT_TIMEOUT, this wasn’t possible, and you’d end up using TNS. Now in Oracle 19c New Features, you’ll be ready to write something like:

It will also enable multiples hosts/ports within the connection string (typically utilized in load-balancing client connections).

10 – Some other cool features

There are many other features that we’ve to attend for the Beta release to know better. Below are a number of them: