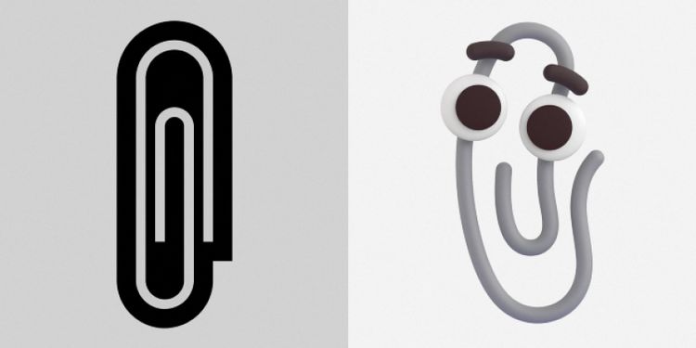 Clippy is now a member of the chat.

Clippy was never something we wanted on our desktops, but Microsoft and dedicated Clippy enthusiasts are about to make that change. Clippy will not be returning as an Office Assistant, but it will appear in Microsoft 365 as the paperclip emoji.

Clippy Returns as an Emoji

Microsoft tweeted that Clippy would be back as an Office Emoji if it received 20,000 likes. Within a matter of hours, the Tweet surpassed that goal and soared into the hundreds of thousands.

Although we were unsure if Microsoft meant to bring back Clippy from the dead, it turned out that Microsoft is fully committed to doing so.

Clippy’s new emoji, which replaces Microsoft 365’s standard paperclip emoji, was revealed in a post to the Microsoft Design blog. Clippy will replace the boring, flat paperclip that was plagued Microsoft Office for years.

You can now use Clippy Emojis to express your feelings, irony, or to show a paperclip. Claire Anderson, Microsoft’s Art Director, wrote that while we might use fewer paperclips today than in Clippy’s glory days, it was still a strong nostalgic pull.

Microsoft’s Other Emojis Get a Redesign

Clippy’s addition wasn’t the only update that Microsoft made to its emoji collection. Microsoft has updated its 1,888-emoji library just in time for World Emoji Day, July 17.

Today, we’re announcing the redesign of our emojis: 1,888 of them, to be exact, plus five brand-new emojis to signal our fresh perspective on work, expression, and the spaces in between. https://t.co/lBuVxIha8j

All redesigned Emojis have a 3D design and bright, saturated colors. This gives them a playful look. Microsoft has also added five new Emojis to its collection, all of them reflecting the idea of working remotely.

Flipgrid already has some of these redesigns, but the rest will be added to 365 in the coming weeks. The set will not be available on Microsoft Teams or Windows until 2021. Yammer and Outlook users will need to wait until 2022.

Are Emojis Required for Everything?

We won’t need to speak anymore if things continue as they are. The Clippy Emoji could soon be the universal symbol of passive-aggressiveness.

The new emojis from Microsoft is not intended to be funny. Instead, they’re likely to keep remote workers happy. It can be lonely to work remotely so that a smiling face could add some humanity to online conversations.