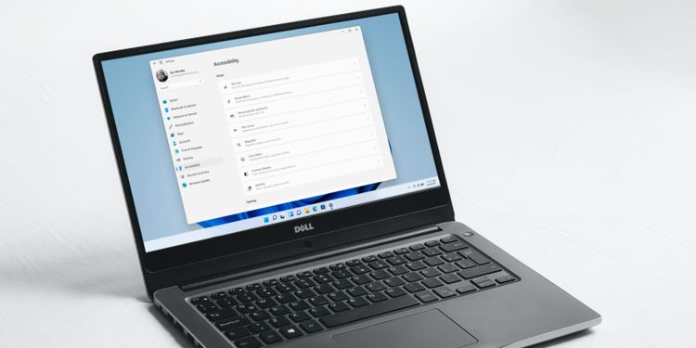 After weeks of speculation and leaks, Microsoft officially announced Windows 11 at the end of June. However, Microsoft has revealed the accessibility features in Windows 11 before it is officially released.

Microsoft’s Windows Experience Blog has a new blog post that explains the accessibility changes and features Microsoft will be introducing with Windows 11. A redesign Accessibility menu makes it easier for users to access new accessibility features.

Windows 10 already has some of the standard accessibility features, such as Narrator and Magnifier. It also supports third-party accessibility programs to give users even more functionality. Windows 11 has all of these features, plus the new changes.

Microsoft highlighted in the blog post that Windows is used worldwide by more than a billion people. Therefore, Microsoft believes that Windows 11 should be accessible to all people. To ensure this, the company went through extensive, inclusive design reviews.

What Are the New Accessibility Features?

The most significant accessibility change in Wind11 was the randing of the “Ease of Access” settings to “Accessibility.” In addition, new icons and a redesign make it easier to locate and enable accessibility features.

Microsoft Windows 11 has some new sounds that can be used to assist blind users. This is evident in the differences between light and dark modes. In addition, Windows 11 introduces customizable, dark- and light-colored themes that make it easier to use the operating system for those who are sensitive to light.

Closed Captions were also redesigned and can now be customized to increase their usefulness. In addition, people with mobility impairments will be able to use the AI-powered Windows Voice Typing to recognize speech and transcribe it (including punctuation).

Microsoft has added several accessibility features to Windows 11 that will help people with disabilities. Windows 11’s combination of new features and enhancements to existing features shows the care that has been taken.

Windows 11’s accessibility features will hopefully prove more helpful to people who require them. This will make Windows more accessible for all.