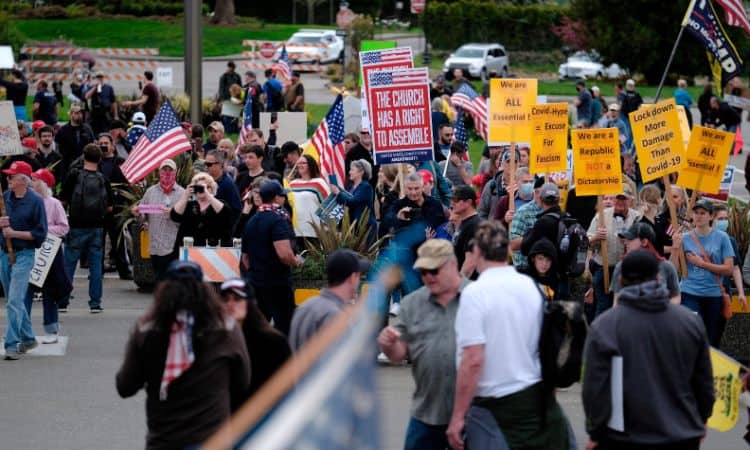 Facebook CEO Mark Zuckerberg on Monday said the tech giant is taking away posts that glance to advertise or arrange protests against stay-at-home orders because of COVID-19.

Zuckerberg, in an interview with ABC’s George Stephanopoulus on “Good Morning America,” was requested how the corporate is dealing with Facebook “being used to organize a lot of these protests to defy social distancing guidelines.” Stephanopoulus then asked if this fits Facebook’s “harmful misinformation” designation.

“We do classify that as harmful misinformation and we take that down,” Zuckerberg mentioned. “At the same time, it’sits important that people can debate policies, so there’s a line on this, you know, more than normal political discourse. I think a lot of the stuff that people are saying that is false around a health emergency like this can be classified as harmful misinformation.”

At the same time on Monday, Facebook rolled out an interactive map highlighting customers reporting COVID-19 signs on a county-by-county basis. The plan was created along with data from Carnegie Mellon University, which just lately surveyed more than 1 million Facebook customers.

“Facebook is uniquely suited to run these surveys because we serve a global community of billions of people and can do statistically accurate sampling,” Zuckerberg wrote on his Facebook web page. “We do this in a privacy-protective way where only the researchers at Carnegie Mellon see individual survey responses — and Facebook only sees aggregated data.”

Facebook last week also shared it’ll be alerting customers who’ve interacted with “harmful misinformation” on COVID-19 and directing them to updates from the WHO.