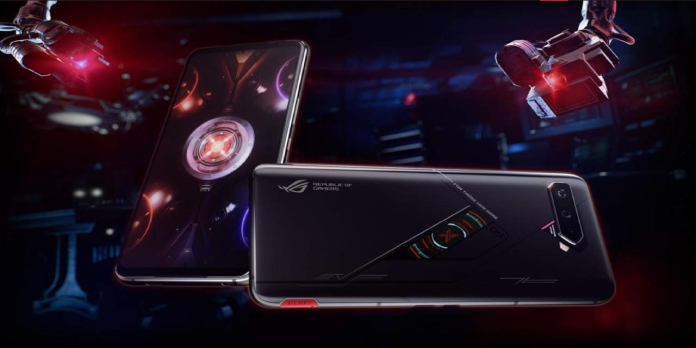 With all the buzz about foldable phones, you might believe they’re the only high-end niche phone available. However, if you’re looking for a phone with a lot of power, gaming smartphones are the way to go. The excitement around this niche market has waned in recent months, but ASUS’ debut of the ROG Phone 5s in the United States wants to remind everyone that the game is far from finished.

Although we’re approaching the end of 2022, the ASUS ROG Phone 5s is still one of the most powerful phones on the market. Depending on the model, this isn’t simply down to the hardware, which has a Snapdragon 888+ processor and 16 or 18GB of fast LPDDR5 RAM. There’s also the 6.78-inch Samsung E4 AMOLED display with a 2448×1080 resolution, a 144Hz refresh rate, and a 360Hz touch-sampling rate, which makes everything seem and feel buttery smooth.

Its cooling technologies, which keep that powerful processor from throttling, account for a large chunk of its performance claim. The internal GameCool 5 system on the ROG Phone 5s, for example, divides the battery into two halves, with the processor in the middle, for more excellent thermal dissipation. Then there’s ASUS ROG‘s AeroActive Cooler 5, which is essentially an exhaust fan that attaches to the phone’s back.

Other gaming-specific features that you won’t find on standard flagships with game-worthy hardware are, of course, available. These include the company’s well-known AirTriggers, which now have two touch sensors on the phone’s rear for more controls. A new coloured P-OLED screen will greet consumers who purchase the top-end ROG Phone 5s Pro on the phone’s back, with RGB displays that gamers adore.

Also See:  How to Use AutoHotkey to Create Custom Keyboard Shortcuts