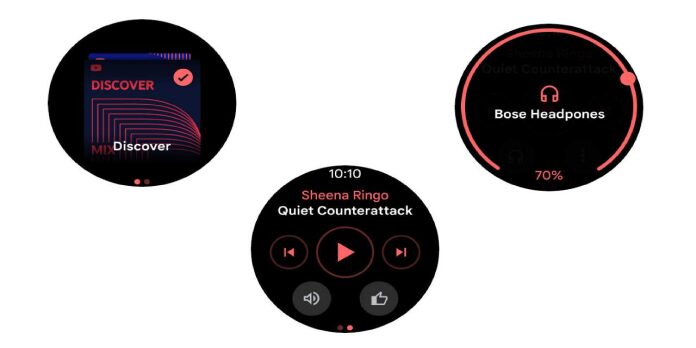 The irony hasn’t escaped most people’s attention that Google’s wearable platform doesn’t have an app for Google’s music streaming service. Adding insult to injury, Google did launch a YouTube Music app for smartwatches but just for Apple’s smartwatches. At long last, a Wear OS version of that app has finally been announced and has started rolling out, but it still won’t placate Wear OS owners because it’ll only serve the few dozen new owners of the Samsung Galaxy Watch 4 series.

There is a little persistent userbase of smartwatch owners that prefer having Music available on their wrists to leave the phone reception when going out for a run or something similar. For quite a while, Google Play Music has had functionality on Android Wear and, later, Wear OS, but Play Music went quietly into the night last year. Unfortunately, moving over to YouTube Music hasn’t exactly been smooth, leaving Wear OS users with no equivalent for their smartwatches.

To prove that it still cares about its wearable platform, Google boasted about its collaboration with Samsung to urge Wear OS in tip-top shape. The upcoming Wear OS 3 update will bring several latest features, and a few of these will even make it to the present crop of wear and tear OS smartwatches. Unfortunately, the new YouTube Music Wear OS app won’t be one of those.

The YouTube Music app on Google Play Store now includes screenshots of the new Wear OS app, signalling its soft launch. It’s quite a soft launch, though, because the official help document clearly states that it only works with Wear OS devices powered by Samsung. At the instant, that has only the Galaxy Watch 4 and Galaxy Watch 4 Classic.

Whether Google has plans to bring the app to older Wear OS smartwatches isn’t clear now. It’s an enormous disappointment for faithful Wear OS owners because the YouTube Music app offers that much-desired offline playback feature. They could want to offer the new Spotify app a try, though, since that now offers an identical function and is out there on all Wear OS smartwatches.