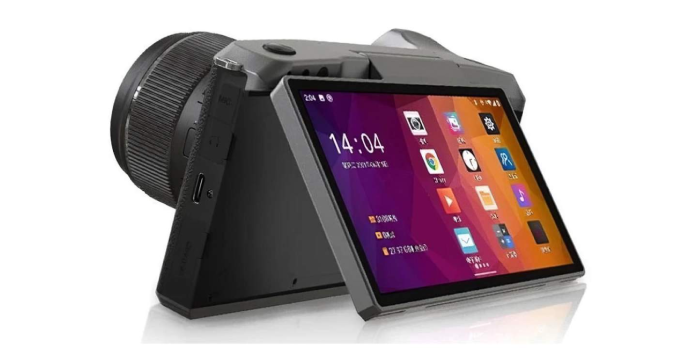 Smartphones were thought to displace entry-level digital cameras sooner or later, but there was a time they were almost positioned to literally do that. The flexibility and openness of the Android mobile platform made it ideal to be used in devices beyond phones and tablets, including digital cameras. At one point, it almost seemed like Android-powered cameras were going to start a new breed of mobile photography tools until they abruptly vanished. Now some manufacturers seem to be reviving this eccentric family of devices, with the Yonguo YN455 as its newest member.

The idea of an Android-powered digital camera is odd, intriguing, and understandable, all at the same time. Even with the most advanced mobile imaging sensors, smartphones are still limited when it comes to the actual photography components they can cram inside thin bodies, particularly the lenses. Rather than force sensors and lenses into smaller and smaller forms, why not make Android the OS for digital cameras instead?

That theory was put to the test by the Samsung Galaxy Camera, the Galaxy S4 Zoom, and, finally, the Galaxy K Zoom. It turned out that what’s good on paper doesn’t always translate well in practice. That didn’t stop Chinese company Yongnuo from carrying on with the YN450 in 2018 and, now, the YN455.

As a camera, the mirrorless Yongnuo YN455 camera comes with an interchangeable lens system and a 20MP Micro Four Thirds sensor. The Android side is powered by an unnamed 2.2GHz octa-core Snapdragon processor and 6GB of RAM, and the operating system can be accessed a 5-inch tilting screen typical of digital cameras these days. Unlike your run-of-the-mill Android phone, however, the 4,400 mAh is removable.

Yonguo’s previous two Android-powered cameras were widely panned, but the company obviously wants to give it another shot. The YN455 retails for 3,888 RMB, roughly $600, but its global availability remains uncertain. It isn’t, however, the only one in this niche market, and ZEISS finally launched its own Android-powered camera last year. That said, the ZEISS ZX1 costs a whopping $6,000 in comparison, making the premise of such a device even harder to swallow.

OnePlus Buds Pro are here, should you buy or ditch

You Can Now Store PS5 Games on External USB Drives