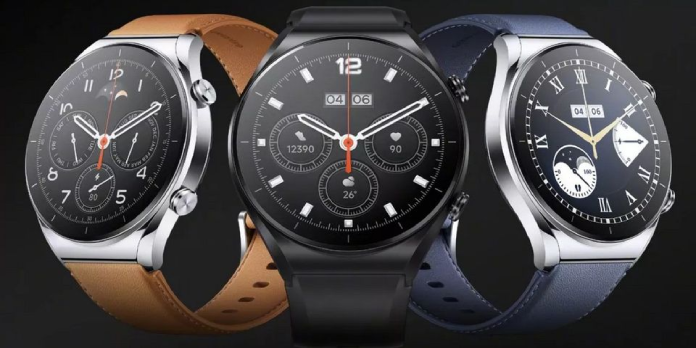 Xiaomi unveiled a slew of new products during its major event in China, including the new Watch S1 smartwatch. Unfortunately, it has a starting price of $165.

Xiaomi unveiled a slew of new products at its major event in China on Tuesday, including a smartwatch. In addition, the Xiaomi 12-series smartphones and the Xiaomi True Wireless Earphones 3 were also unveiled. Furthermore, the Chinese tech giant unveiled MIUI 13, which has various additional improvements over its predecessor.

Xiaomi began as a smartphone maker and received a lot of flak for purportedly being too Apple-inspired. However, throughout time, the company has not only developed its design language and product concepts but has also expanded into new areas like wearables, robots, artificial intelligence, and more. The company is also entering the electric vehicle sector, with plans to produce its first product by 2024.

The Xiaomi Watch S1 has several features and functionalities that make it a compelling mid-range option. A 1.43-inch circular 60Hz AMOLED display with sapphire glass protection and a 466 x 466-pixel resolution is included on the gadget. There are 117 different sports to choose from, including 19 professional sports. It boasts a steel body, a genuine leather strap, and a waterproof certification of 5ATM. A heart rate sensor, blood oxygen sensor, accelerometer, and gyroscope are among the sensors. A 470mAh battery, which Xiaomi claims would last up to 12 days in everyday use, is among the other hardware characteristics. Wi-Fi, GPS, NFC, and Bluetooth 5.2 are among the connectivity choices.

There’s no Wear OS, but there’s a lot of third-party app support

Although the Watch S1 does not run Wear OS, it will support a variety of third-party apps in China, such as Baidu Maps, NetEase Cloud Music, Alipay, and others. It can also measure blood oxygen saturation (SpO2) levels and monitor heart rate. It also contains an NFC chip for contactless digital payments and a built-in microphone and speaker for answering phone calls from the wrist. Android 6.0 or newer and iOS 10.0 or newer are required to use the device.

The rubber wristband version of the Watch S1 is priced at CNY 1,049 ($165), while the leather strap version is priced at CNY 1,199 ($188). It will be available for pre-order in China starting December 31 and for purchase early next year. While the Mi Watch was introduced in a limited number of overseas areas, there is no word on whether the company would do the same with this product. However, if the company follows its predecessors’ footsteps, it may make its way to Europe and other parts of the world next year.

Call of Duty: Warzone players have already figured out how to...