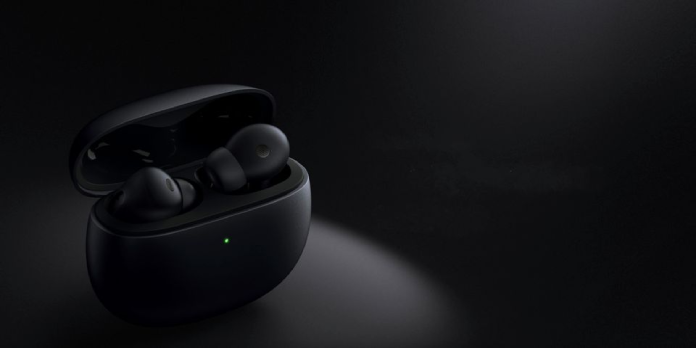 The Xiaomi Buds 3 are a new pair of earbuds with features that make them a viable competitor to Apple’s AirPods 3. They’re also relatively inexpensive.

The Xiaomi Buds 3 are a new pair of earbuds that compete with Apple’s AirPods 3 in functionality and pricing. Xiaomi is no stranger to the earbuds market, and it offers a variety of styles. Its earbuds are sold under the Xiaomi name and its Redmi subsidiary and are available in China and other areas of the world.

The earphones market is becoming more competitive as manufacturers compete for the best features and lowest prices. While the customer is the winner, thorough scrutiny is still required in this case. In a market with so many alternatives, there are likely to be a few models that don’t deliver on their promises or are missing essential functions.

The Xiaomi Buds 3 is a lighter version of the Xiaomi Buds 3 Pro, announced in September 2021. Its design is similar to that of the pro model, and it aims to retain as many of the high-end capabilities as possible. The earbuds are 4.6 grams in weight and come with replaceable silicone tips. They come in two colors: black jade and first snow-white, and are dust and water-resistant to IP55, making them ideal for sports, exercises, and even light rain. Pressure-sensitive controls on the earphones, according to Xiaomi, deliver feedback equivalent to pushing an actual button. Squeezing the stems of the earphones will allow users to adjust playback and accept or reject calls.

At A Killer Price, Premium Features

The Xiaomi Buds 3 include Active Noise Cancellation, which the AirPods 3 do not. Xiaomi claims that it can reduce noise levels by up to 40 decibels. During calls, the three noise-canceling microphones help filter out background sounds. The pressure sensors on the earbuds may be used to select between three different active noise reduction levels. There are two transparency modes as well. Support for multi-device connection is another feature that sets the earbuds apart from the AirPods 3. The Xiaomi Buds 3 will be able to connect to both a computer/tablet and a smartphone simultaneously. Compared to the AirPods 3 Bluetooth 5.0, the earphones also enable Bluetooth 5.2 LE.

Xiaomi Buds 3 may be used on Android, Windows, and iOS devices. They have a “Quick Pairing” mode for certain Xiaomi/Redmi phones, tablets, and laptops. Other devices will need to download a companion app to change settings and check information like battery life. With active noise suppression turned off, the earphones will last up to 7 hours. It can last up to 32 hours when used with the carrying case, and it can be charged by USB-C or wirelessly when placed on a Qi wireless charger.

The earphones cost RMB 499 from Xiaomi. That works out to roughly $78 — less than half of the $179 cost of the AirPods 3. There’s no word on a global release yet, but if it comes, the price could rise due to import duties, bringing it closer to the $99 price tag of earbuds like the Nothing ear (1) and the OnePlus Buds Z2.

Roku has released a free The Explorers channel with UHD films...