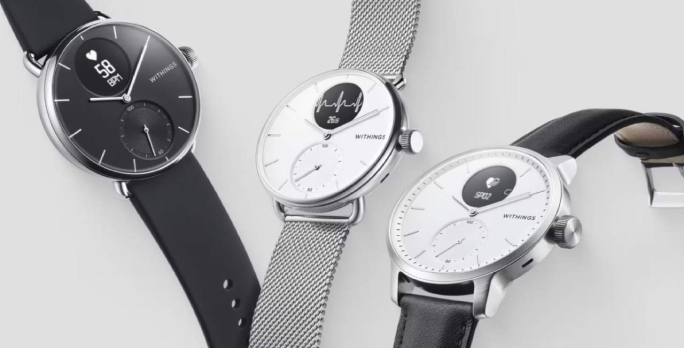 With the plethora of health-related sensors crammed into smartwatches today, they’ve virtually become little clinical laboratories. However, not all of them can easily be supplied across all markets. In addition, newer and more advanced sensors that could be considered medical equipment must be approved by regulators in each country. That’s why Withings took nearly two months to eventually launch its ScanWatch in North America, bringing the promise of atrial fibrillation detection to health-conscious shoppers in the United States.

Withings first introduced this smartwatch in September as the ScanWatch Horizon. Initially, it was exclusively available in Europe, primarily the United Kingdom, with a US release anticipated a month later. The ScanWatch, without the “Horizon,” would take another month to arrive in this market, ironically because of its distinguishing qualities.

ECG on wearables has been a popular feature thanks to the Apple Watch, but it isn’t as simple as throwing on some sensors and calling it a day. Because of its medical implications, this feature must be approved by the FDA in the United States before the device may be released. That has finally happened, and customers in the United States now have another choice to ensure that the silent killer, known as atrial fibrillation, or afib, does not remain silent.

However, that isn’t the only feature that has received regulatory approval. The FDA also approved its SpO2 sensor, which measures oxygen levels in the blood, allowing the Withings ScanWatch to be sold in the United States. In addition, because of the COVID-19 pandemic, many more people are aware of this metric, and wearing a scientifically validated oximeter on your wrist can provide them with some relief.

Aside from these two standout features, the ScanWatch also includes automated activity monitoring, 5 ATM waterproofing, and 30-day battery life, thanks to the lack of a standard smartwatch operating system. The Withings ScanWatch is now available for $279 for the 38mm size and $299 for the 42mm version from the company’s online store, Amazon, and Best Buy.