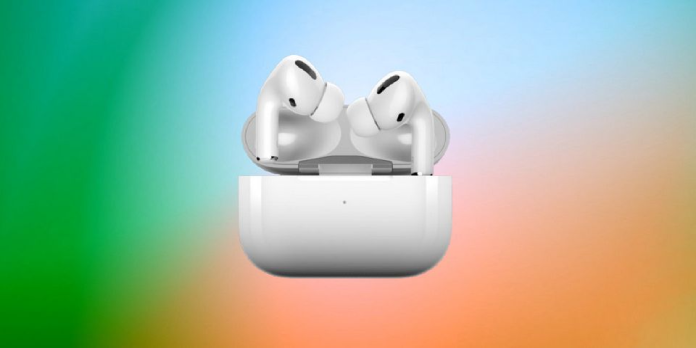 According to a new Apple patent filing, future AirPods could allow consumers to turn off Active Noise Cancellation (ANC) with simply a code word.

According to a new Apple patent filing, future AirPods could allow consumers to turn off Active Noise Cancellation (ANC) with simply a code word. The Active Noise Cancellation feature on the AirPods Pro and AirPods Max helps consumers filter out ambient noise for a noise-free music experience. However, because ANC eliminates almost all sounds indiscriminately, users may miss vital communications from friends and family, something the business is attempting to remedy with its new patent.

It’s worth mentioning that both the AirPods Pro and AirPods Max allow users to switch off ANC manually, although this lets in all kinds of noise and can degrade the audio quality. The devices also have a ‘Transparency mode,’ which lets some outside sound in so users can hear what’s going on. However, it does not provide the on-demand ANC toggle that Apple’s planned new function may provide.

Apple’s recent patent describes the option to turn off noise cancelling on AirPods using preset codewords. The new feature, dubbed “Interrupt for noise-cancelling audio devices,” ensures that customers may enjoy the benefits of noise cancellation without worrying about missing an important message from family or friends. According to the patent, the noise-cancelling headphones or earbuds will scan externally created sounds to detect whether someone is saying the code word.

ANC Can Be Turned Off With A Code Word

The solution would most likely work the same way that current voice assistants do, with voice commands controlling headphones and earbuds. According to the patent paper, the technology will allegedly ensure that only “predesignated contacts” can interrupt the noise-cancelled audio experience, implying that the gadgets may also include voice-recognition technology. The settings will reportedly need to be specified in “an associated electronic device,” implying that users will be required to set their predetermined contacts in their iPhone.

The patent application clarifies that the system will distinguish between different sounds to determine whether or not an interruption is welcome. What it doesn’t state, though, is what the tech would do if there were an interruption. Will it, for example, turn off noise cancelling, pause playback, or play a sound to alert the user that they should pay attention to the actual world? There’s always the risk that Apple won’t implement the feature at all, as is the case with patents.