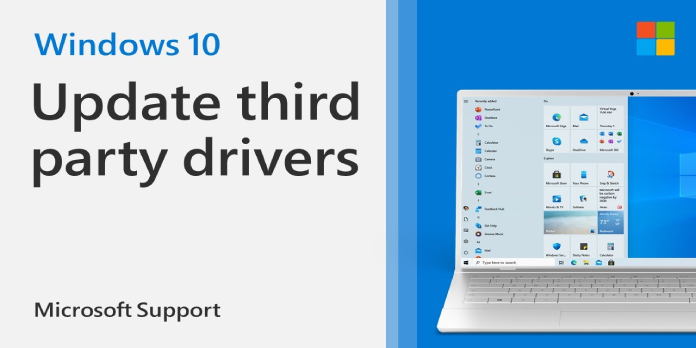 Here we can see, “Third-party Drivers Might Be Stored Separately in Windows 10”

In the 21H1 upgrade, Microsoft may create a separate folder for third-party drivers. According to user Albacore’s latest tweets, this item may be found in the dedicated system folder in Windows 10 preview build 21343.

These drivers are currently stored in WindowsSystem32DriverStore. Users can only install the drivers indicated in the folder, including both Microsoft and third-party drivers. When a driver is attempted to be installed, the system first checks to see if it is safe.

What we know so far regarding the new distinct folder

According to the tweets, the new folder will be called OEMDRIVERS and exclusively includes non-Microsoft drivers. The full path for the new folder after installing the build was as follows:

Writeable DriverStore is the name of this new functionality. As a result, all third-party drivers will be moved to this specific OEMDRIVERS folder when the preview build is installed.

Albacore also stated one minor point: the feature must be enabled before a fresh version of Windows 10 is booted for the first time. Otherwise, you won’t be able to see the new folder.

Users feel the notion is good because they desire to keep all non-Microsoft parts out of the System32 area.

One user even recommended that Microsoft should relocate devoted files to a protected location instead of risking the entire system with this new folder.

On the other side, most people see the addition as a step toward improving the system’s overall security by preventing other developers from storing their drivers in the same spot.

The new flowing appearance of the File Explorer icons is also seen in the screenshots given by Albacore. This is one significant change Microsoft is planning for the next major release.

It’s worth noting that the preview build is only available to Insiders, and Microsoft has admitted that it may cause game problems.

1. What is the location of Windows 10 drivers?

2. What is the location of Windows drivers?

Device drivers are physically stored on your hard disk by Windows. All of your third-party drivers are stored in the DriverStore folder as INF files. We’ve also discussed how to open the DeviceStore folder earlier in this post.

3. Is it true that Windows 10 downloads all drivers?

When you connect your devices for the first time, Windows 10 automatically downloads and installs drivers. At the very least, Windows 10 offers default drivers that work on a universal basis to ensure that the hardware works properly. You can also install the drivers manually if necessary.

Also See:  Activision confirms Sledgehammer Games is working on the next ‘Call Of Duty’

4. I hate HP Printer Software. Why can’t I just install a driver????

I hate HP Printer Software. Why can’t I just install a driver???? from sysadmin