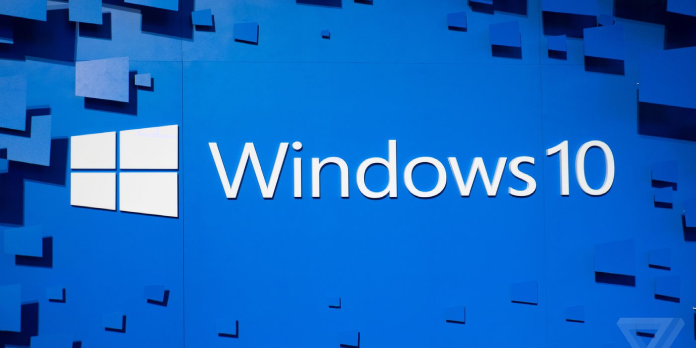 On May 27, 2020, Microsoft unveiled Windows 10 version 2004 to a live audience, bringing a slew of new features that many customers are anxious to try out.

This upgrade has been in the works for quite some time, having been initially revealed in 2019.

Of course, things got off to a shaky start when the update was originally issued, as many customers reported receiving error warnings that prohibited them from installing it.

After several fixes were discovered, everyone was able to receive the latest update. Unfortunately, difficulties arose shortly after the update, with many users reporting receiving BSOD error messages.

Some individuals have been fortunate enough to update their PCs to the current version without experiencing any disastrous BSoD issues. However, the latest upgrade has flooded the Internet with many problems.

The following summarises some of the most recent bugs discovered with this new version of Windows 10.

Furthermore, because new bugs continue to emerge, we will be updating this article with additional entries as needed.

What are the most common issues with Windows 10 v2004?

[…] Just a bluetooth problem was left. I used the original bluetooth Apple Keyboard, Mouse and Trackpad before. Not working at all. Used USB connection for Keyboard and a different Mouse for Login. Completely unexpected, if I am honest, everything else seems to work!

Thankfully, USB connectivity remained unharmed, so they could still use peripherals, but not the wireless ones. This was found to be a known issue, but only for Realtek Bluetooth devices, not for Mac devices.

This latest OS version affects Dell laptops as well. Users have reported that their XPS 15 9570 machines wake up at random, consuming the battery and even heating up in certain situations:

All was fine until a few days ago when Microsoft dropped another one of their amazing updates […]
Modern standby seems to be back with a vengeance and this time not only cant you disable it, the issue is not just about my system waking, it is now crashing on sleep.

This isn’t the first time the XPS 15 9570 laptops have had this problem, but it appears to have been resolved a few months ago.

However, it appears that something in the code of Windows 10 v2004 has caused the issue to resurface, this time in a more powerful version.

Users have experienced troubles with their HDR after installing the upgrade, so it appears that drivers aren’t immune. More specifically, it appears that it is now presented in a grey shade, with no discernible color:

Since updating to 10 may 2020 update 2004 HDR has become to be almost mono. Nvidia Geforce RTX2060 and BenQ PD2700U. Latest graphic card and Monitor drivers installed. Turn HDR off and all is OK.

Aside from the Nvidia mentioned above Geforce RTX2060 graphics cards and BenQ PD2700U laptops, there is no additional information about which graphics cards or devices are affected.

When it comes to graphics cards, the new update is causing problems for gamers, as many have experienced compatibility issues with their favourite games since installing it:

I have experienced some bugs since I upgraded my desktop pc to Windows 10 2004 version. I have fond some compatibility bug (as crash) and input bug (only English chatting available) on Destiny 2 after the latest Windows 10 2004 update.

It has yet to be determined if Microsoft or the game developer will solve these specific issues.

As you are most likely aware, Windows 7 reached the end of its life cycle in January 2020. Since then, people have been gradually but steadily shifting to Windows 10.

Some people have attempted to upgrade directly from Windows 7 to Windows 10 version 2004. Regrettably, things did not proceed as planned for them:

For those considering it, I upgraded the following ThinkPads to W10 Pro 2004:

Fortunately, this one issue has already been resolved since a fresh setup simply allows you to avoid it.

Another important driver component that appears to be impacted by the recent feature update is the audio driver since an increasing number of customers claim that they no longer have sound after installing the update:

I did a clean installation of Windows 10 2004 32-bit. Everything works perfectly except that there is no sound. In the device manager, the sound card is found as Intel I2S and I could not replace it with Realtek I2S.

So far, it appears that only those who own specific Acer laptop models are impacted. There has been no word on the problem from either Microsoft or Acer support.

Users have been reporting random application lock-ups since installing Windows 10 v2004: possibly the most serious of all the bugs reported so far.

Since updating to Windows 10 2004, I’ve been having a strange issue with processes locking up. I’ll be using my computer and suddenly all of the programs I’m using will suddenly become very slow and unresponsive and the only way to correct this is to reboot

Furthermore, it appears that the recent update may impact the general speed of PC systems, as even the rebooting procedure appears to be affected.

However, one detail appears to reveal a plausible explanation for these issues:

The only case in which it consistently occurs is when I’m trying to use Rufus to make a Windows 10 bootable flash drive from the Windows 10 2004 ISO.

These are only a few of the most prevalent problems with Windows 10 version 2004.

1. Which Windows 10 update is the source of the issue?

Following the release of the latest “KB5001330” update, some Windows 10 users are reporting major issues, with some reports claiming that the update itself cannot be installed on some PCs.

3. How do I undo the most recent Windows 10 update?