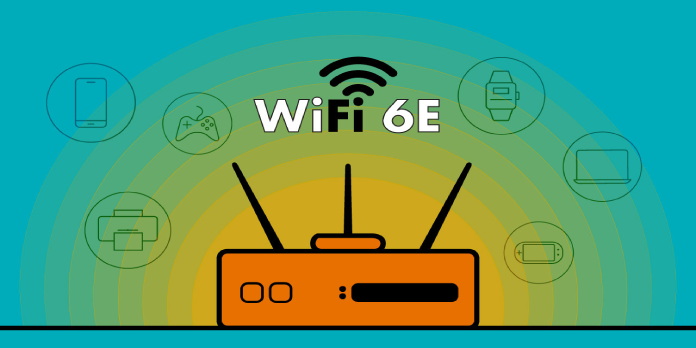 Wifi 6 hardware is finally on the market, and more and more of it will be launched throughout 2020. However, there is already talk of something new: wifi 6E, which promises to cut wifi congestion even further.

This article was originally published in January 2020. The Federal Communications Commission voted on April 23, 2020, to open up the 6 GHz spectrum for unlicensed usage later this year, paving the path for wifi 6E in the United States. Because other nations have not yet taken the same decision, wifi 6E is still subject to regulatory restrictions throughout much of the world.

Wifi 6E, announced by the wifi Alliance, is a forthcoming standard for expanding wifi 6 (also known as 802.11ax), allowing the operation of features in the unlicensed 6 GHz band to the existing supported 2.4 GHz and 5 GHz bands.

Wifi 6E devices will operate in 14 additional 80 MHz channels and 7 more 160 MHz channels, thanks to an additional 1200 MHz of spectrum available in the 6 GHz band for wifi applications. This expanded spectrum simplifies network architecture and delivers optimum wifi performance with higher throughput and wider channels, all while removing the need to support legacy devices, resulting in less network congestion.

With the increased desire to connect more devices to the network, wifi 6E will help organizations and service providers to support new and developing applications while also ensuring that each connected device performs optimally.

Wifi 6E tackles wifi spectrum shortage issues by offering more contiguous channel bandwidth, allowing an ever-increasing number of devices to operate at unprecedented rates. The additional 1200 MHz in the 6 GHz spectrum will allow businesses to provide quicker, more dependable enterprise wifi networks. These networks will be extremely scalable and resilient, with simplified architectures, allowing them to handle more users at multigigabit speeds—even in highly congested areas with a high density of mobile and IoT devices.

Wifi 6E boosts network capacity and efficiency for demanding and mission-critical applications requiring increased throughput, such as enterprise video streaming and conferencing. The first generation of wifi 6E chipsets is now available for vendors to develop access points and mobile devices. Wifi 6E products are expected to be released within the next two years. As client devices (which frequently lag behind chipset development) become more widely available, enterprises whose needs exceed the capabilities of 802.11ax are likely to undertake migration programs.

Wifi 6E has all of the features and capabilities of 802.11ax, except it operates in the 6 GHz range. 802.11ax goes beyond simply increasing network speed, combining revolutionary technologies to increase overall network performance while connecting a large number of devices running high-bandwidth, low-latency applications.

Wi-Fi 6E Is Waiting on Regulatory Agencies Outside the USA

When Will Wi-Fi 6E Hardware Be Available?

Wifi 6E devices will be backward compatible with previous wifi standards as well as wifi 6. However, to take advantage of the new 6 GHz channels in wifi 6E, you must be utilizing devices that support it. In other words, you’ll only be able to use wifi 6E if you couple a wifi 6E-enabled client device (such as a laptop or smartphone) with wifi 6E-enabled access point.

For example, even if you have a slew of wifi 6 devices and a wifi 6E-capable router, none of them will communicate over wifi 6E. They will all use wifi 6 on the standard 5 GHz or 2.4 GHz channels.

Difference between WiFi 6E and WiFi 6

I hope you find this advice to be helpful. Please use the form below if you have any queries or comments.

Many more will be released throughout the year 2020. Wifi 6 isn’t a huge speed boost, but it will result in speedier wifi, less wireless congestion, and possibly even longer battery life for your devices.

The Federal Communications Commission (FCC) overwhelmingly approved in April 2020 to open up a new, unlicensed spectrum band for wireless devices in the 6 GHz band. The 6 GHz standard will be known as “Wifi 6E” (the “E” stands for “extended”).

2.4 GHz isn’t going away, but it wasn’t designed to accommodate the amount of today’s ubiquitous wifi access. IT administrators must consider if the network’s changing demands justify allocating 50% of access point radios to the 2.4-GHz band.

Also See:  How to Control Sound Volume for Individual Apps in Windows 11

Is WiFi 6E worth the price of admission? from HomeNetworking