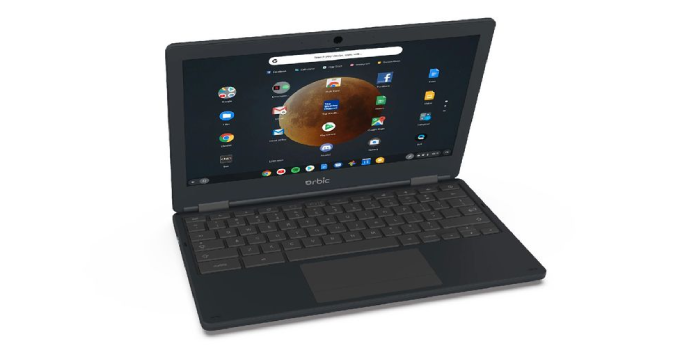 A Verizon-branded Chromebook is rumoured to be on the way. The computer will be powered by Qualcomm’s Snapdragon 7c chip and support LTE.

According to a fresh leak, Verizon may soon launch a new Chromebook with LTE capability. The future machine will be the carrier’s first branded Chromebook and should be inexpensive based on its entry-level features.

There are only a handful of Chromebooks on the market that enable LTE. Nonetheless, until more options are available, users who wish to connect to the internet when there isn’t a Wi-Fi network or a cable connection can use Chrome OS’s Mobile data capability. Users can attach their Chromebook to their phones and connect to the internet using their mobile data using this method.

The forthcoming Verizon Chromebook is a rebadged Orbic gadget only available through Verizon. The notebook was initially known as the Orbic Chromebook 4G, and it sports an 11.6-inch display, according to About Chromebooks. The Chromebook isn’t particularly attractive, based on the photographs on Orbic’s website. The body appears to be composed of polycarbonate, and substantial bezels encircle the display. According to the pictures, the Chromebook also boasts bottom-firing speakers and a 180-degree hinge. While the latter isn’t a disadvantage, it does give the Chromebook a look that suggests it was created with children in mind.

The look isn’t the only issue with Verizon’s Chromebook that potential purchasers may have, as the specifications are outdated. The 11.6-inch screen has an HD resolution, but its brightness level is unknown, influencing how good it is when used outside. It’s powered by the Qualcomm Snapdragon 7c, which isn’t the same one introduced at the Snapdragon Summit last week. This is the third-generation Snapdragon 7c, available in devices next year.

It’s also not the Snapdragon 7c from the second generation, found inside the Lenovo Chromebook Duet 5. This is the same first-generation chip seen in the Acer Chromebook Spin 513, revealed last year. 4GB of RAM and 32GB of storage come standard with the CPU. According to the spec sheet, it also features an 8000mAh battery capacity that may last up to 10 hours. The laptop will include a 1MP webcam and a 40W USB-C charger.

Also See:  Your Chromebook may finally be a real gaming machine soon

The Chromebook price is unknown, but it is expected to be low because Verizon is likely to offer it at a reduced cost to sell purchasers a data plan along with it. Samsung’s Galaxy Chromebook Go LTE (available in Verizon, T-Mobile, and AT&T variants) is presently selling for $249.99 ($100 discount) on the Samsung website for those who want an LTE Chromebook right now. It includes an eye-pleasing design, a larger 14-inch screen, an Intel Celeron N4500 processor, a 5480mAH battery (42.3 Wh) with 12-hour battery life, and 45W USB-C charging compatibility.

Unlocked Galaxy S10 Units In The US Get May Security Update

Realme Confirms Launch in the United States in 2022, but Do...