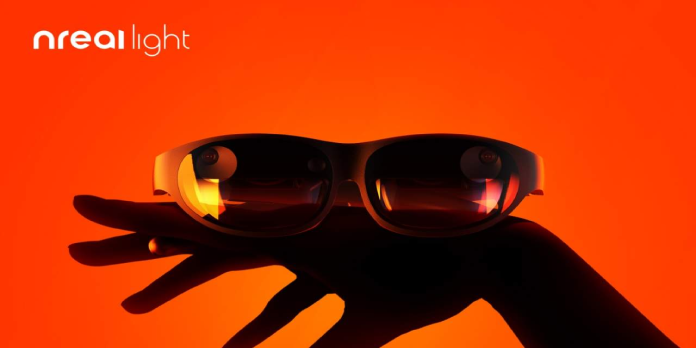 AR, also known as mixed reality or MR, is one of the computing industry’s holy grails, not just because of its entertainment value but also its productivity potential. Unlike VR headsets, which obstruct your vision totally, AR headgear can be lighter and more comfortable than bulkier VR headsets, which is the argument Nreal is making with its Light glasses, which are finally making their way to the United States as promised.

The AR headset industry is crowded, with Microsoft’s HoloLens being one of the first commercially available, at least for enterprise users and developers. Magic Leap eventually joined the fray, despite numerous delays and scandals. Apple is anticipated to target this market with an early developer kit, probably next year.

Meanwhile, the Nreal Light is still presenting another option in the shape of what it claims are the first consumer-ready AR glasses in the United States. It looks like the part resembling very thick spectacles rather than the conventional mixed reality headgear. Despite including technology such as spatial audio speakers and sensors for 6DoF (six degrees of freedom) tracking, the Nreal Light is only 106g, according to the spec sheet.

Of course, this implies that the glasses themselves lack the necessary electronics to process and deliver the augmented reality experience. That comes through a USB-C-connected smartphone, such as a Samsung Galaxy S20, Galaxy Note 20, Galaxy S21, Galaxy Z Fold 3, or OnePlus 8 5G UW. On the software front, the Nreal Light comes preloaded with 17 AR-native apps from the Google Play Store, including Ghost Hunter, Table Trenches, and Magician Mystery.

The Nreal Light, which was promised earlier this year, is now available in the United States at a far lower price than its development kit predecessor, $599. The caveat is that the AR glasses will only be available through Verizon, selling them in stores on November 30 and online on December 2.

Windows 11 Wi-fi Dual Station: How to Use