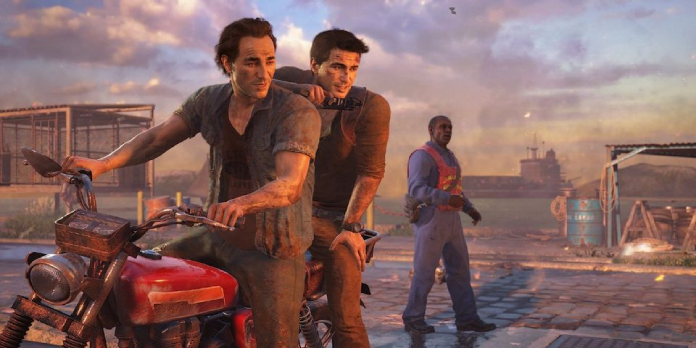 Neil Druckmann, co-president of Naughty Dog and creative director of Uncharted 4, expressed his excitement over the new Uncharted movie trailer.

Neil Druckmann, the creative director of Uncharted 4 and The Last of Us, has expressed his thoughts on the new Uncharted movie trailer. The Uncharted film has been in the works since the second game’s release in 2009, but it has always fallen through for one reason or another. Nevertheless, several of Hollywood’s greatest directors and writers have attempted numerous times to bring the iconic PlayStation series to the big screen, and now it’s finally happening.

The Uncharted film trailer features Tom Holland as the intrepid Nathan Drake and Mark Whalberg as his comrade and mentor, Sully. The film appears to draw elements from several games, although it is not a literal adaptation. The teaser mentions Sam, Nathan’s long-lost brother, introduced in the most current main series game, Uncharted 4, and prominently features the iconic cargo plane set piece from Uncharted 3. Despite the apparent references to the game, some fans aren’t completely sold on the film.

Nonetheless, Naughty Dog co-president Neil Druckmann is delighted about the film and has expressed his excitement on Twitter. Druckmann has been a part of the series since its inception and is now an important element of the firm. To coincide with the film’s premiere, Naughty Dog and developer Iron Galaxy will release a new Uncharted collection for PS5 and PC in early 2022. Druckmann recently tweeted about his early days working on the first Uncharted game and how excited he is for a new audience to meet Nathan Drake and his gang of misfits in the forthcoming film.

Crazy to think back to the days we were putting the finishing touches on the first game. Excited that a whole new audience will get to meet Nathan Drake and co! https://t.co/YeJxL3rzpi

Some fans are divided over the film, citing casting issues. Tom Holland has been chastised for appearing too young for the role of Nathan Drake, who is normally portrayed as a man in his mid to late 30s. Mark Whalberg is also being chastised for not looking or acting like Sully, who is usually much older and wears a beard and Hawaiian shirts. Despite the spectacular setpieces and Indiana Jones-style exploration, there is concern that the film will be unappealing.

The series ended with Uncharted 4, but it could be revived. However, after developer Bend Studio took over for Naughty Dog, a new Uncharted was canceled. Little is known about the game. However, it has been said that it was not far advanced and was only a basic concept. Sony appears to be interested in continuing the franchise, although it’s uncertain how the games will go in the future.