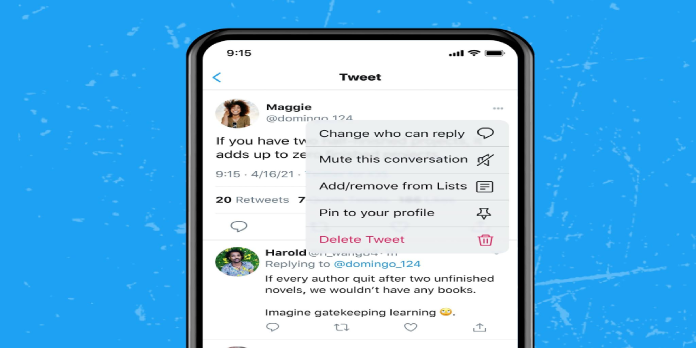 There are many reasons these apps have survived years of competition. These apps’ success is largely due to their ability to identify and resolve user problems quickly. Twitter is a platform that solves every problem its users face.

All social media sites have worked over the years to make their platforms more friendly and less toxic. Some have succeeded, while others have not. Twitter is one social media platform where heated arguments can lead to people becoming angry and making them say ill about each other. Twitter users, especially those who are well-known, have experienced hate comments being continuously posted by other users. Twitter has a solution.

Also See:  NVIDIA's Hosting a Treasure Hunt and One of the Prizes Is a RTX 3090 GPU

This new feature ensures that users’ tweets are free of hate and toxicity. In addition, users can select who they want to respond to their posts by clicking on the ellipsis icon and then selecting the option that says “Change who can reply”.

Twitter launched a test feature last year that allowed users to restrict who can reply to their tweets. The rollout of more features that allow users to control their space on Twitter is increasing. This makes many users happy. However, some users also criticized this feature who claimed that it limits the amount of discussion on the platform.

In a public interview, Jack Dorsey, Twitter’s CEO, stated that the feature was an attempt to improve public conversation health.