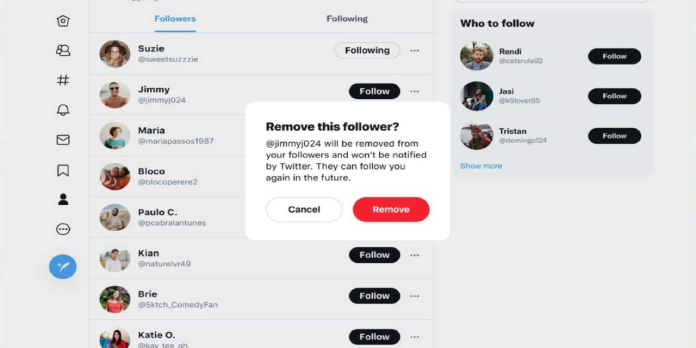 Among the many features Twitter has tested and released this year, users can now better control who follows their accounts without taking drastic measures or risk attracting unwanted attention. In addition, all users will now have access to the soft block feature that the company began testing last month.

While users can set their profiles to private, doing so significantly reduces the number of people who see their content. However, making an account public allows anyone to view the content, and the only way to prevent this is to use the block tool.

Because the person who was blocked will quickly realise what happened, this is a drastic step that could invite drama or other problems into one’s life. So Twitter has rolled out a new feature known as a soft block,’ which allows users to remove followers quietly. It is available on the web.

A follower removed from an account will not receive a notification, but they will notice that tweets from the report no longer appear in their news feed. This silent removal allows that person to keep reading your tweets, but they’ll have to pull up your account or re-follow it each time manually.

Early in September, Twitter announced a feature test, describing the soft block tool as a curation feature. For example, you can now remove a follower in the same menu where you can block or mute an account.