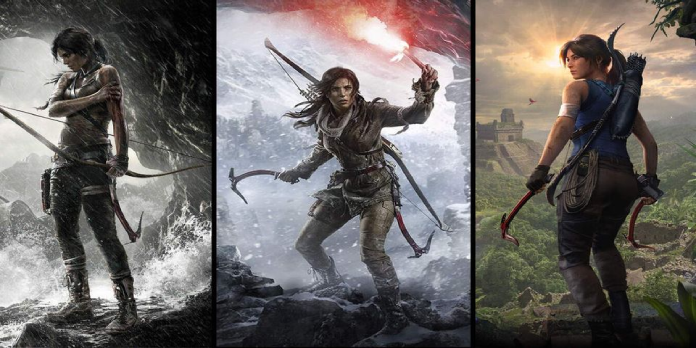 Tomb Raider: Definitive Survivor Trilogy will be released exclusively (and for free) on the Epic Games Store on December 30, according to a fresh leak.

According to a fresh leak, the final game to be given gratis on the Epic Games Store on December 30 as part of Epic’s month-long holiday gaming celebration will be Square Enix’s Tomb Raider: Definitive Survivor Trilogy. The Epic Games store was launched a few years ago and had a sizable user base, owing to its favourable reputation for giving high-profile games for free. The Epic Games Store’s various giveaways have proven to be one of its most profitable components. Major titles like Grand Theft Auto V were given away for free in the past, and this trend is expected to continue in 2021.

The Tomb Raider reboot and the prequel trilogy, developed by Crystal Dynamics and published by Square Enix, puts Lara Croft into the modern gaming market with spectacular visuals and fast-paced gameplay that merge into the storey. While maintaining the series’ core principles, each entry offers something new or never seen before in the series and shows the legendary explorer’s transition into the rugged, dual pistol-wielding protagonist seeking down relics and fighting mythological foes. Tomb Raider: Definitive Edition, Rise of the Tomb Raider: 20 Year Celebration, and Shadow of the Tomb Raider: All critically acclaimed Tomb Raider prequels – are included in Tomb Raider: Definitive Survivor Trilogy, together with all DLCs and early upgrades.

A screenshot of what appears to be a leak of the remaining titles to be given free during Epic’s month-long holiday gaming festival was uploaded on Reddit by user Born-Ad2043. According to a recently posted (and unclear) screenshot, the free games on the 28th and 29th of December will be Moving Out and Salt and Sanctuary, followed by the enormous Tomb Raider: Definitive Survivor Trilogy, which will be available to all users on the 30th of December. While Epic Games has not acknowledged the authenticity of this leak, it looks genuine, considering the post was published yesterday, before the announcement of Moving Out earlier today.

For players, the potential of a free Tomb Raider: Definitive Survivor Trilogy giveaway may be huge. Each title in the trilogy must be purchased separately during the ongoing Steam Winter Sale, and the Definitive Survivor Trilogy is presently only available on platforms. Thanks to Epic Games, users will be able to save money, but some will also be able to experience the trilogy for the first time.